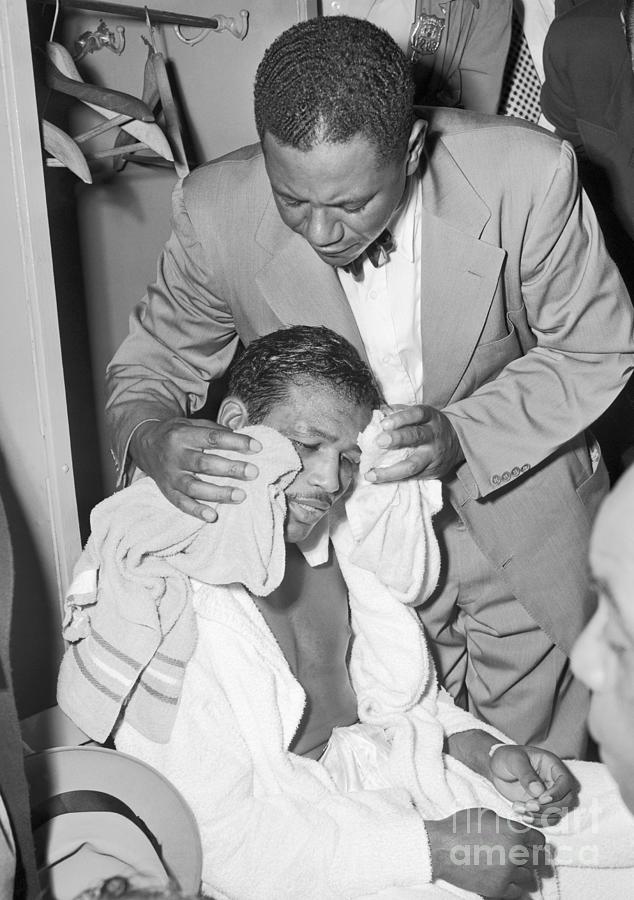 (Original Caption) 9/12/51-New York, NY- One of Sugar Ray Robinson's handlers wipes off the sweat and blood from the boxer's face in the dressing room after the 31-year-old middleweight regained the world's championship from Britain's Randy Turpin in their title bout at the Polo Grounds 9/12. Robinson, bruised and battered himself, turned vicious in the 10th round and went after Turpin with a "terrific lethal assault." The referee stopped the fight at 2:52 of the 10th giving the victory to Sugar Ray by a technical knockout.