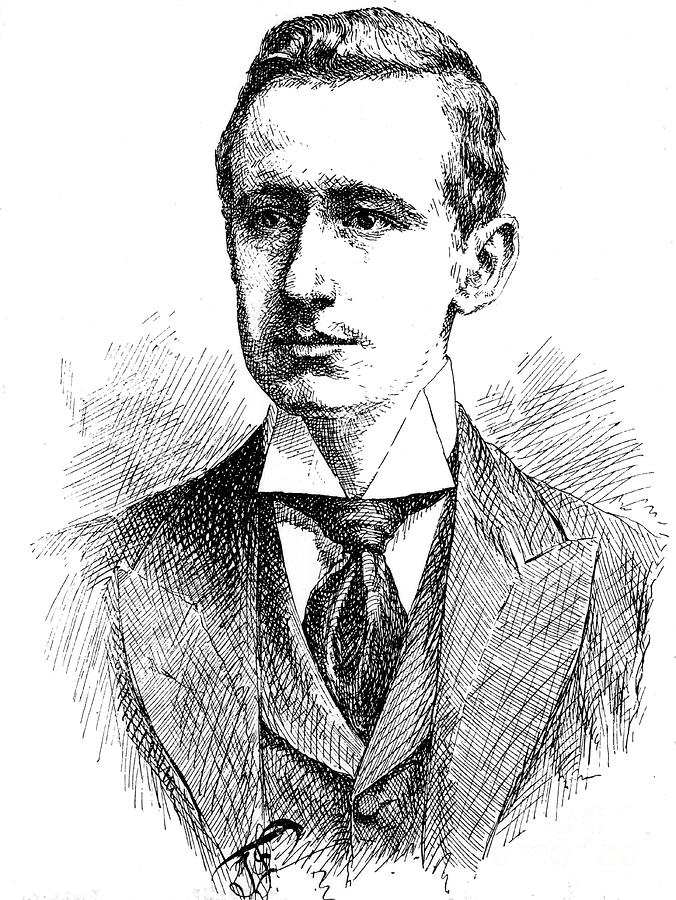 Guglielmo Marconi, Italian physicist and inventor and pioneer of wireless telegraphy, 1906. Marconi (1874-1937) discovered a way in which waves could be used to send messages from one place to another without wires or cables. Having read about Heinrich Hertz's work with electromagnetic waves, he began experiments of his own, and in 1894 successfully sounded a buzzer 9 metres away from where he stood. In 1902 Marconi sent a radio signal across the Atlantic in Morse code. Five years later, a Canadian scientist, Reginald Fessenden, transmitted a human voice by radio for the first time. Marconi's inventiveness and business skills made radio communication a practical proposition. He developed short-wave radio equipment, and established a worldwide radio telegraph network for the British government. In 1909 Marconi was awarded the Nobel Prize for Physics. From A travers l'Electricite by Georges Dary. (Paris, c1906). (Photo by Oxford Science Archive/Print Collector/Getty Images)