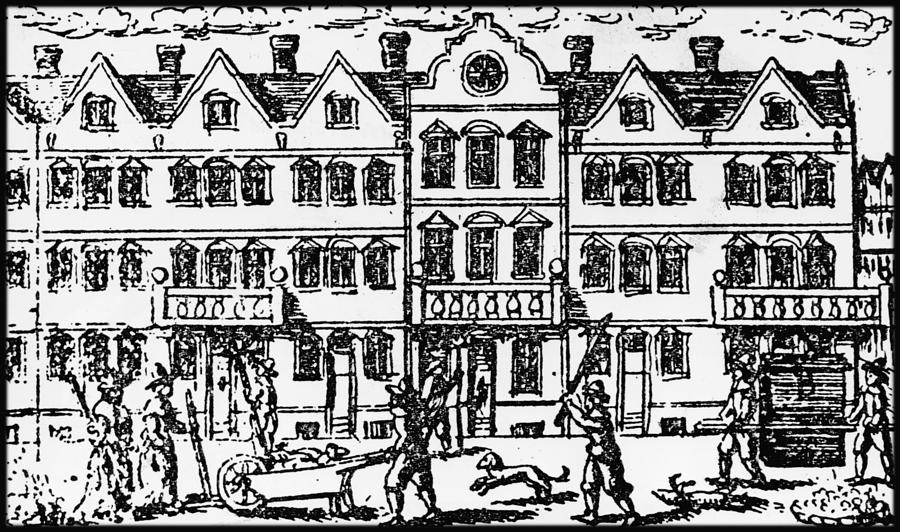 circa 1665: A street scene during the Great Plague of London, which killed 20 per cent of the city's population between 1665 and 1666. Crosses mark the doors of infected houses and guards prevent anyone from leaving. On the left, female 'searchers' with staffs visit the houses of the dead to identify the cause of death and in the centre, a dog-killer slaughters a dog, believing it to be the cause of the epidemic. A scene from a plague poster. (Photo by Hulton Archive/Getty Images)