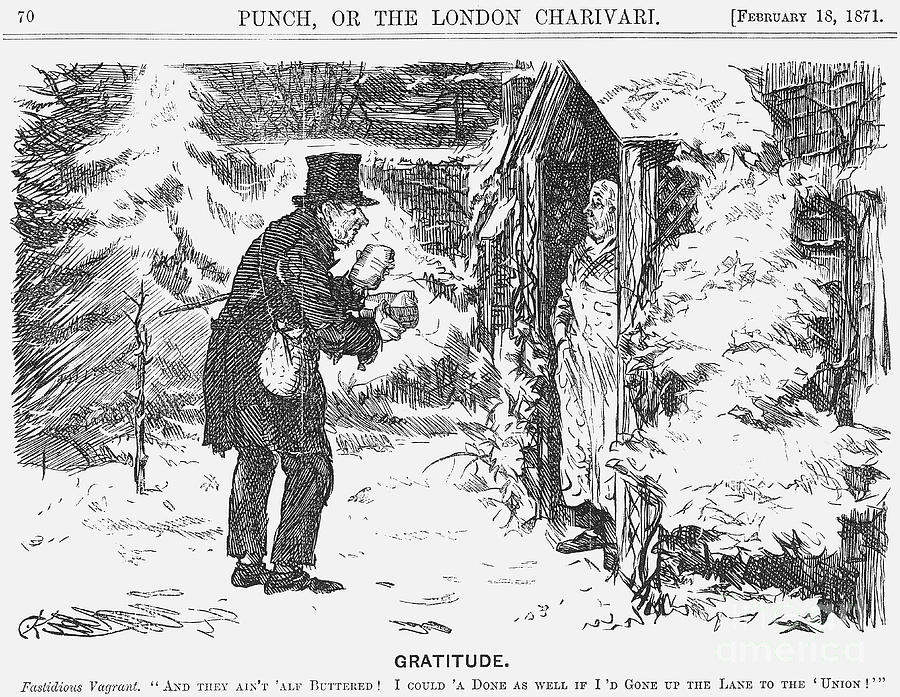 'Gratitude', 1871. The vagrant exclaims And they Ain't half Buttered! I could 'a done as well if I'd Gone up the Lane to the 'Union! The ingratitude of the poor or the charity given is illustrated in this cartoon. It was believed that by offering charity, the poor were actively pauperised and became more and more demanding and reliant upon handouts, and less willing to work. From Punch, or the London Charivari, February 18, 1871. (Photo by The Cartoon Collector/Print Collector/Getty Images)