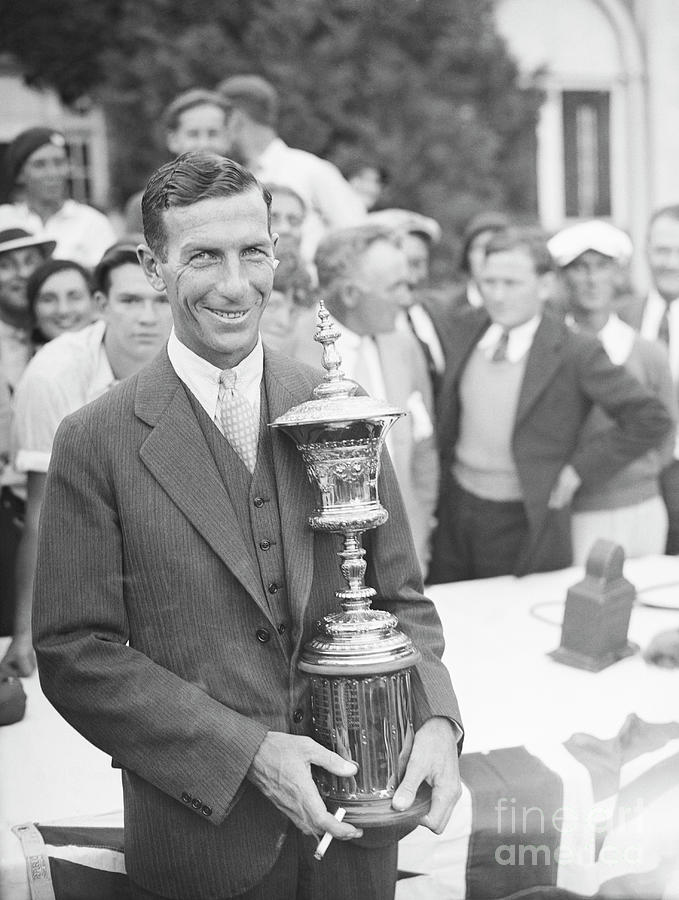 (Original Caption) Maryland: A Smile At Last. All through the U. S. Amateur Golf Championship at the Baltimore Country Club, Md., Ross Somerville of Canada, appeared solemn and remained studiously quiet. But victory and the championship cup brought a broad smile to his lips as is shown above, just after he had defeated Johnny Cocoman of Omaha, Nebraska, for the championship 2 and 1.