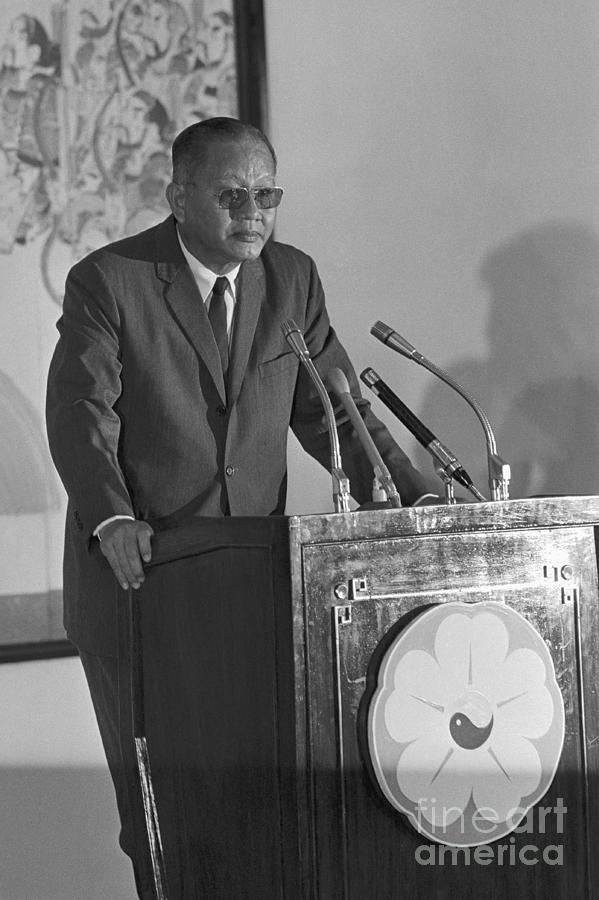 (Original Caption) The new President of South Vietnam, General Duong Van Minh addresses some 180 invited guests at the palace after accepting the presidency from Tran Van Houn who took over from Thieu one week ago 4/28. Minh, 59, led the 1963 military coup which deposed the late president Ngo Dinh Diem, and was later forced into exile.