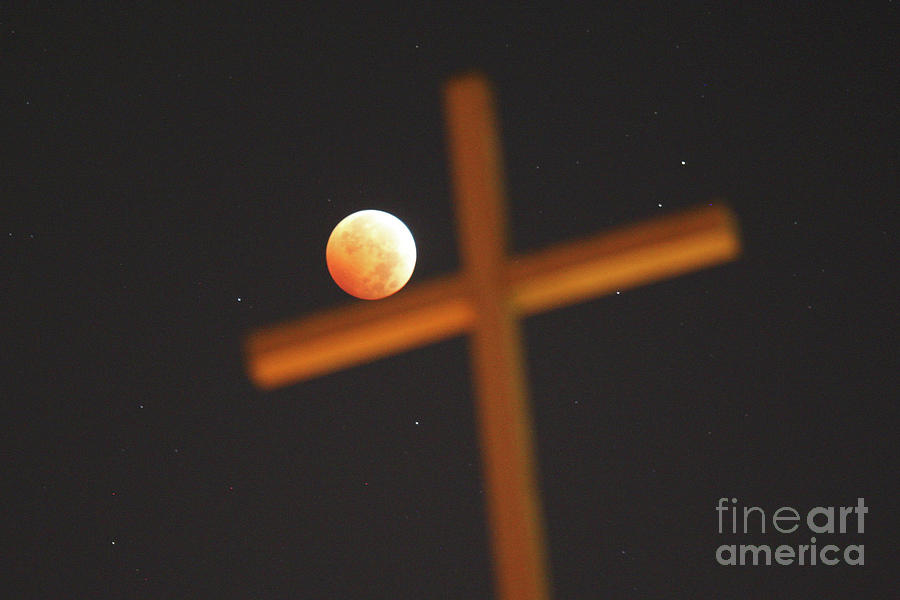 LOS ANGELES, CA - OCTOBER 8: A religious cross is seen as the moon is illuminated by sunlight reflected off the Earth during a total lunar eclipse, one of four so-called "blood moons", on October 8, 2014 in Los Angeles, California. The first in the current tetrad of blood moons fell on Passover and the current eclipse occurs on the Jewish holiday of Sukkot, the fifth day after Yom Kippur, leading some religious people to believe that it is a prophetic sign of the end times of civilization. This blood moon appears 5.3% larger than the last one on April 15 because it occurs right after the perigee, the closest point in its orbit to the Earth. (Photo by David McNew/Getty Images)