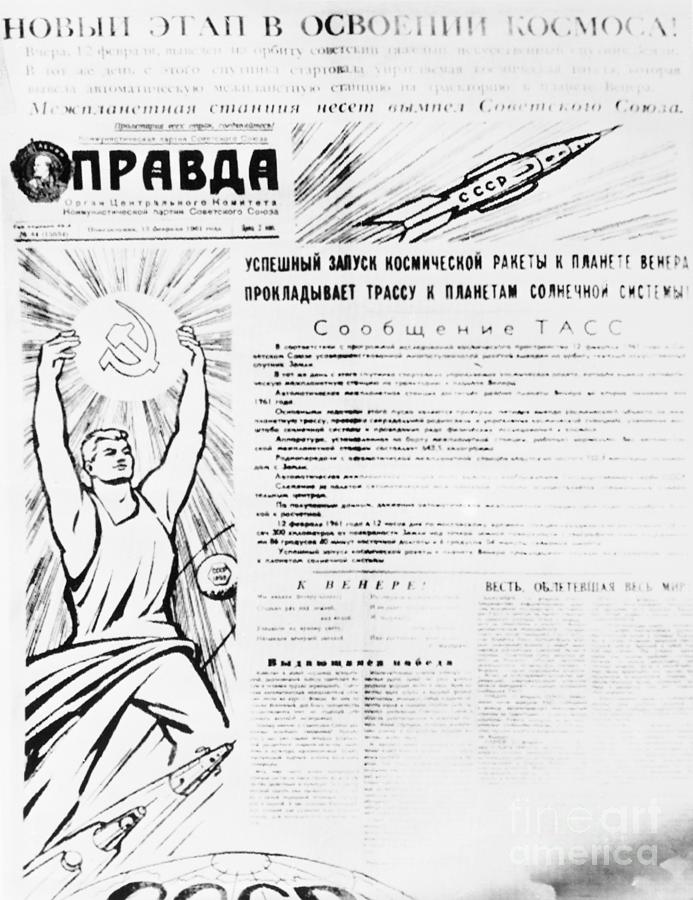 (Original Caption) This is the front page of the Communist Party newspaper Pravda as it appeared here, February 13, praising the successful firing of the Soviet space probe from Earth toward Venus, February 12. The newspaper proclaimed "a new stage in the conquest of outer space," and carried comments by Soviet and Western scientists. The three-quarter ton space vehicle, called an "interplanetary station" by the Russians, was hurtled towards Venus from a "mother" satellite which had carried it beyond the heaviest pull of gravity.