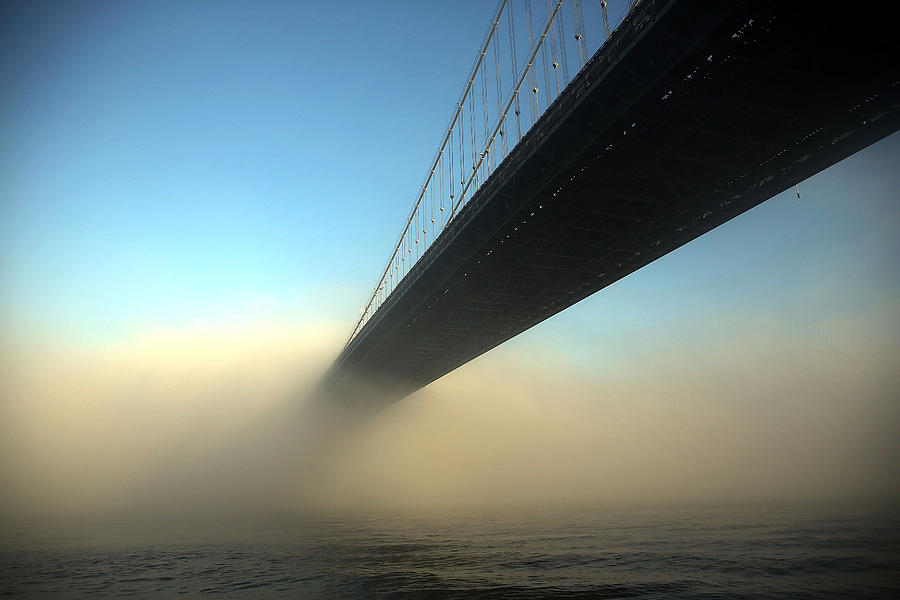 NEW YORK, NY - JANUARY 15: The Manhattan Bridge is viewed from Brooklyn on a morning with dense fog on January 15, 2014 in New York City. Travel delays were reported for commuters due to the fog as were delays at airports from Washington to New York City. (Photo by Spencer Platt/Getty Images)