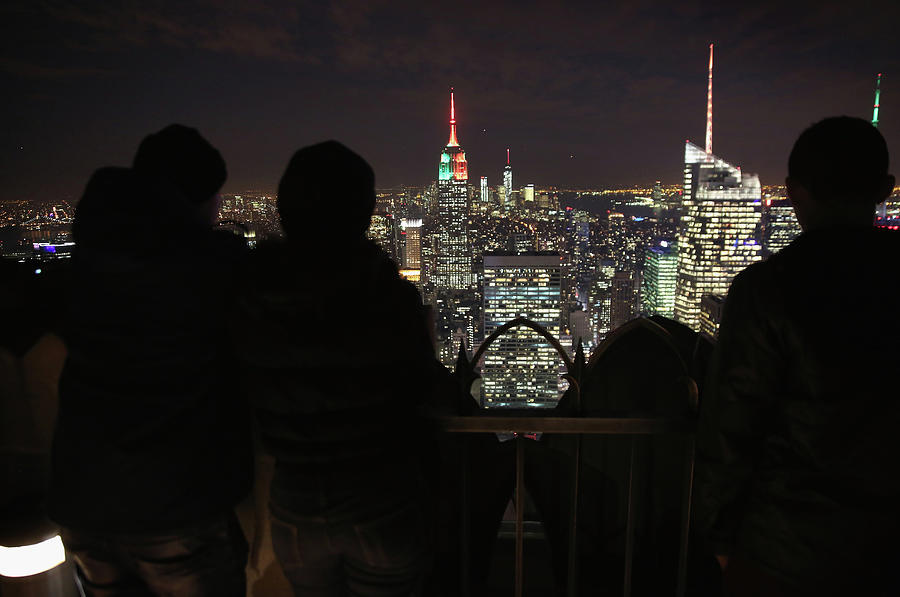 NEW YORK, NY - JANUARY 31: The Empire State Building (C), glows green for the Seattle Seahawks and orange for the Denver Broncos on January 31, 2014 as seen from the Top of the Rock in Midtown, Manhattan in New York City. The spire of One World Trade Center (far background), was also lit up for the teams ahead of Sunday's Super Bowl XLVIII game at MetLife Stadium. (Photo by John Moore/Getty Images)