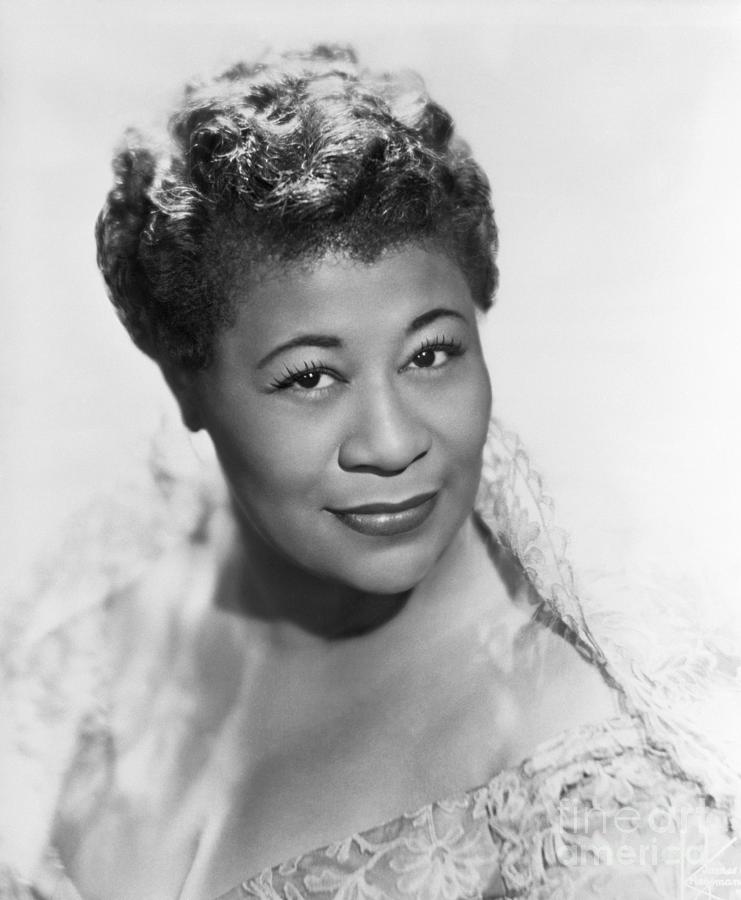 (Original Caption) 1/27/1957- New York, NY: Ella Fitzgerald hospitalized. Singer Ella Fitzgerald (shown here in a photo from files taken in 1954) was admitted to New York Hospital early January 27th in serious condtion. A hospital spokesman said the 37 year odl star was admitted for observation and treatment of an acute abdominal coniditon, but no operation is scheduled at this time. Miss Fitzgerald had been appearing at the Paramount Theater in Times Square for the past week. She is reported to have complained of an abdominal illness for the past several days.