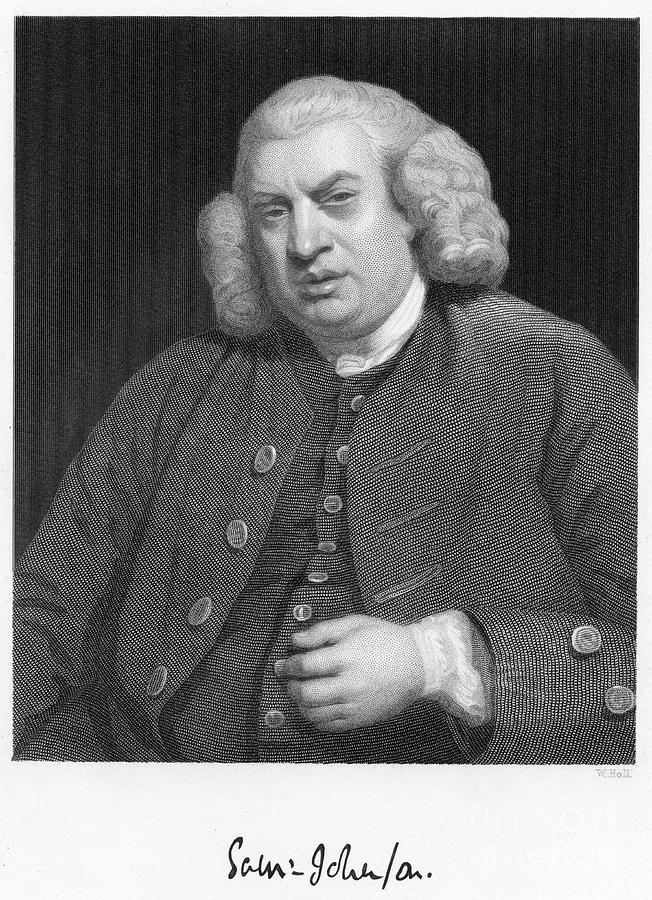 Dr Johnson, 18th century English man of letters. A critic, lexicographer, essayist, biographer and poet, Dr Johnson (1709-1784) was one of the oustanding personalities of 18th century Britain. In 1755 he published his Dictionary of the English Language, regarded as the first great English dictionary, which took him 8 years to compile. Noted as a wit and conversationalist, Johnson founded the Literary Club in c1763, which numbered David Garrick, Edmund Burke, Oliver Goldsmith and Joshua Reynolds amongst its distinguished membership. Much of his derives from his highly popular biography, Life of Johnson, written by his friend and contemporary, James Boswell. (Photo by Ann Ronan Pictures/Print Collector/Getty Images)