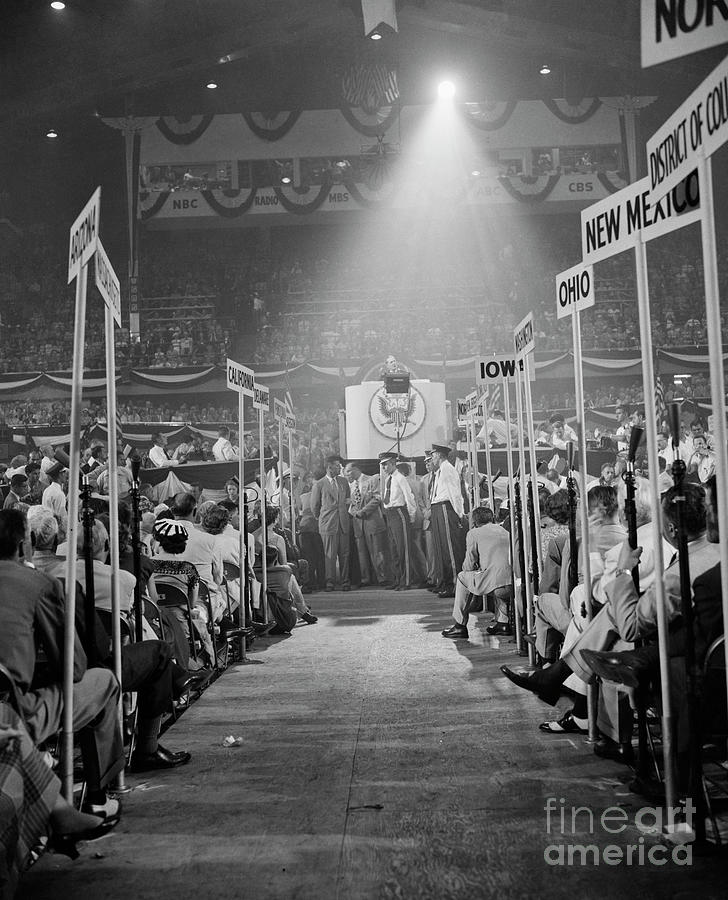 7/9/1952-Chicago, IL: This unusual photo, shot down the center aisle between the standards of the States, shows General Douglas MacArthur on the rostrum as he began his keynote speech to the 25th Republican National Convention. The General, one of the finest orators of our time, presented a dramatic indictment of the Democratic Administrations for the past 20 years, ripping into both Foreign and Domestic Policies, and called for a crusade to elect a Republican President.