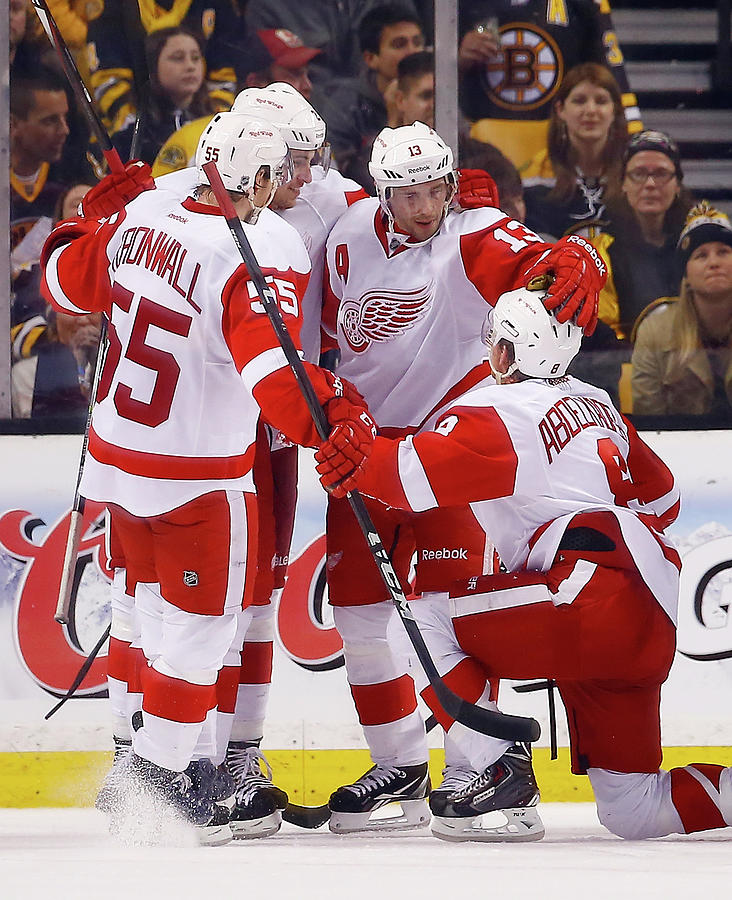 BOSTON, MA - APRIL 18: Pavel Datsyuk #13 of the Detroit Red Wings celebrates his goal in the third period with teammate Justin Abdelkader #8 against the Boston Bruins in Game One of the First Round of the 2014 NHL Stanley Cup Playoffs at TD Garden on April 18, 2014 in Boston, Massachusetts. (Photo by Jared Wickerham/Getty Images)