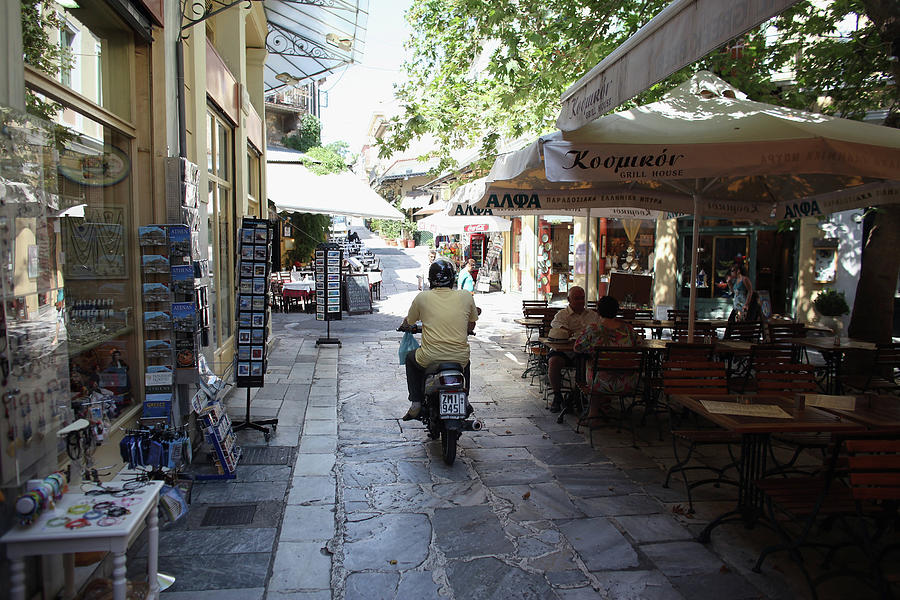 ATHENS, GREECE - JUNE 15: A man rides a scooter through the narrow streets of Plaka ahead of Sunday's general election on June 15, 2012 in Athens, Greece. The Greek electorate go to the polls on June 17, 2012 in a re-run of the general election after no combination of political parties were able to form a coalition government. Recent opinion polls have placed the anti-bailout party 'Syriza' equal in popularity with the pro-bailout 'New Democracy', due to hold its last big campaign rally, ahead of Sunday's general election which could determine whether Greece retains the Euro as its currency. (Photo by Oli Scarff/Getty Images)