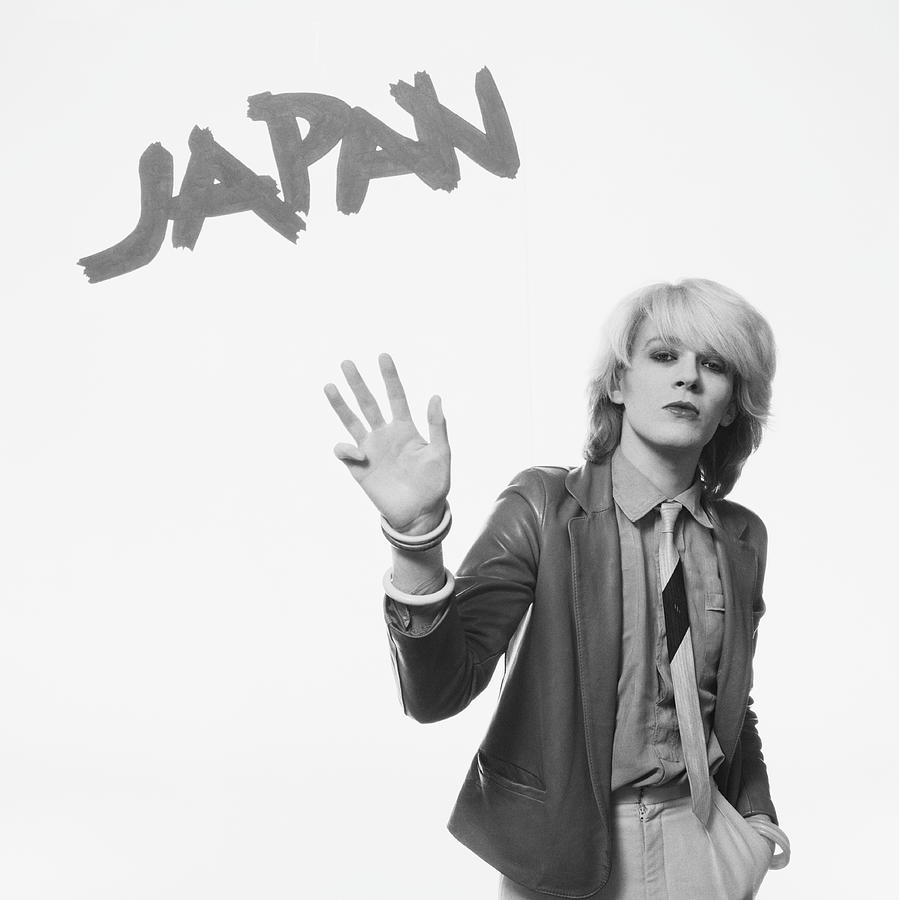 David Sylvian, singer with British New Wave band, Japan, poses with his hand held out in a studio studio portrait, against a white background, United Kingdom, in May 1979. The session was held for the band's third album, 'Quiet Life'. (Photo by Fin Costello/Redferns/Getty Images)