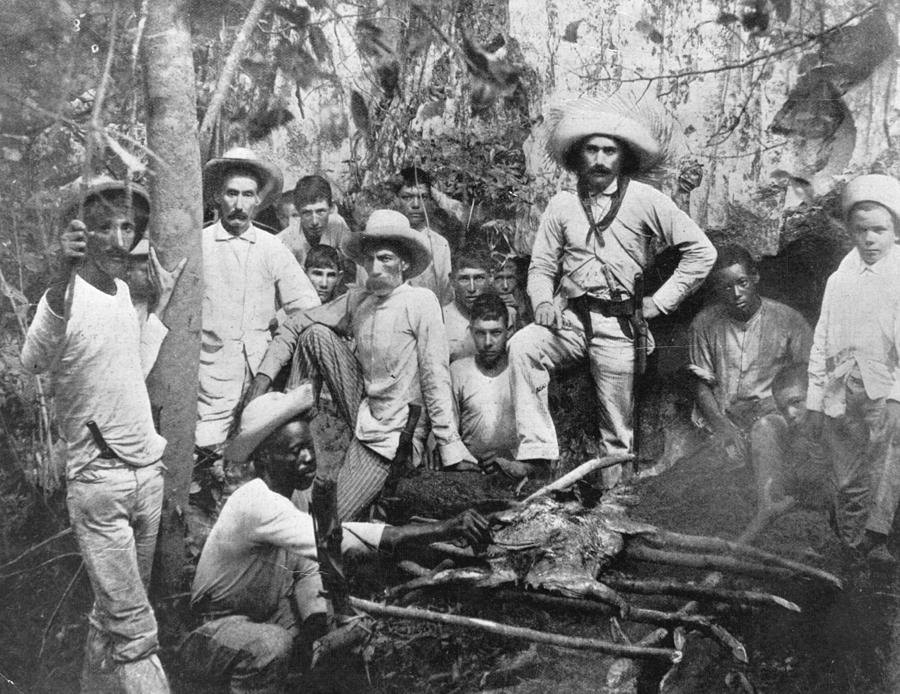 Rebel soldiers cook a pig for dinner at their camp during the insurrection of 1896. Cuba ceased to be a Spanish colony and gained independence after the Spanish-American War of 1898, but remained under the influence of the USA. Original Publication: Illustrated London News - The Insurrection In Cuba - pub. 1896 (Photo by Hulton Archive/Getty Images)