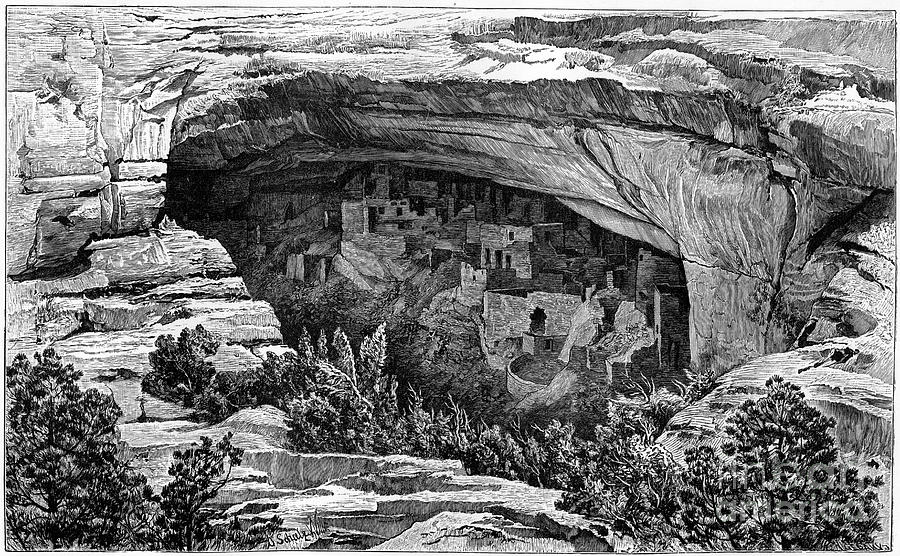 Cliff Palace in Cliff Palace Canyon, southwest Colorado, USA, 1901. Built by the Native American Pueblo culture, Cliff Palace is the largest cliff dwelling in North America. It is located in Mesa Verde National Park, in the southwest corner of Colorado. The structure is thought to have been built between about 1190 and 1260 but had been abandoned by 1300. From G Nordenskiold's The Cliff Dwellers of Masa Verde. A print from The World's History, A Survey of Man's Record, by Dr HF Helmolt, Volume I, William Heinemann, London, 1901. (Photo by The Print Collector/Print Collector/Getty Images)