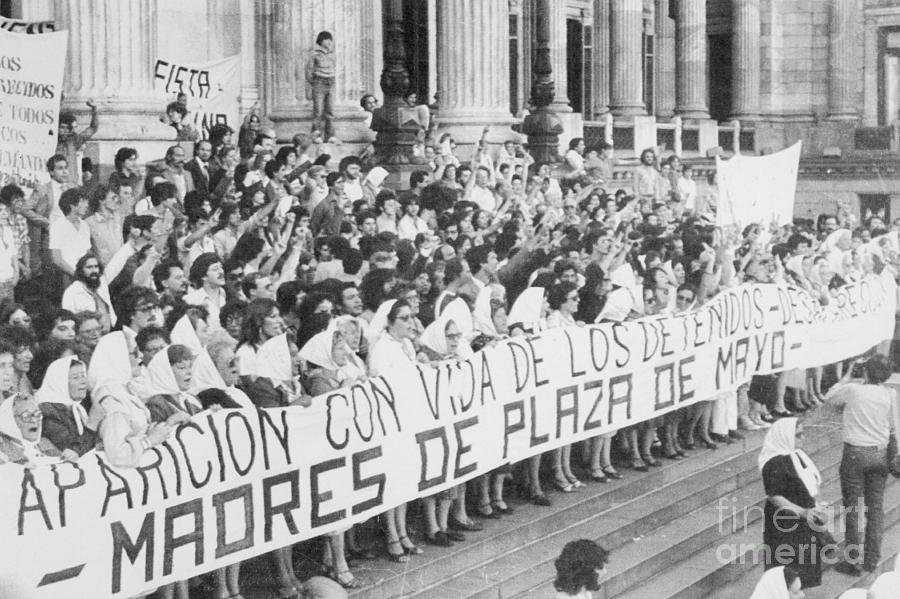 (Original Caption) Buenos Aires: (Argentina) Hundreds of women whose children disappeared during the armed forces' "dirty war" against terrorism march from Congress to the palace 10/28, to demand government reveal what happened to as many as 20,000 people who disappeared from 1976-1979.