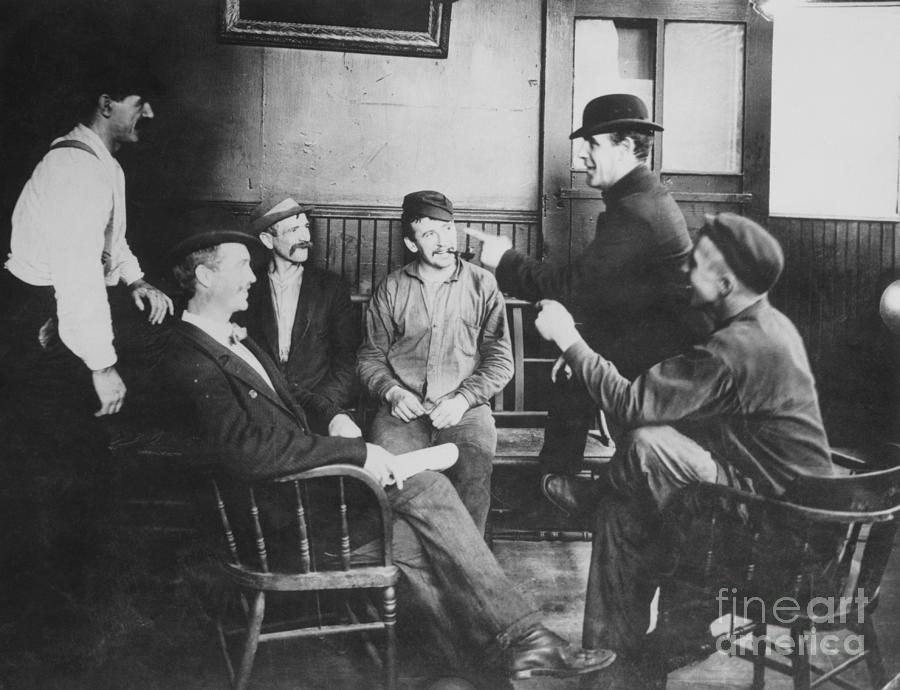 During the 1890s, Chuck Connors (wearing bowler hat) acted as an urban tour guide, taking middle class New Yorkers to see the seedy and exotic side of Chintown. They visited opium dens with slave girls, and witnessed brutal knife fights. However, most of what the tourists saw was not real, but staged by Connors and his friends. Known as the "Mayor of Chinatown," Connors himself became as much an attraction as the activities on his tour.