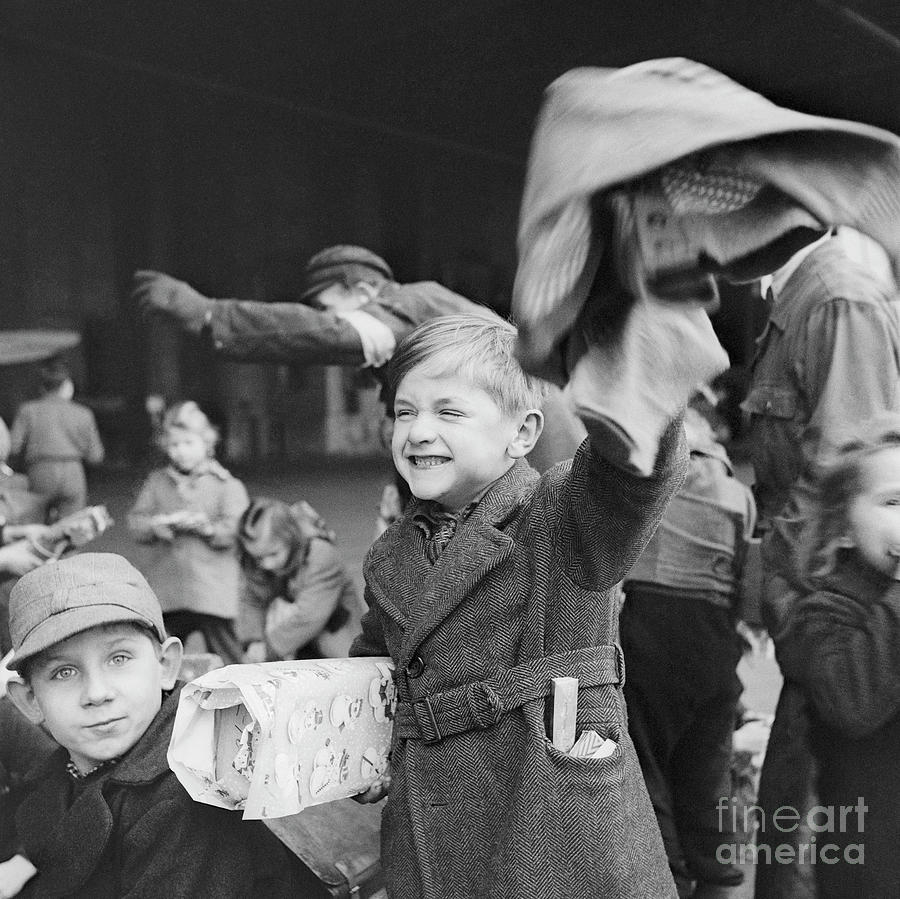 (Original Caption) Santa Comes Out of the Sky To Berlin Waifs. Berlin, Germany..... it was "Operation Santa Claus" and everything else was but aside for the moment while an airborne Santa brought good tidings and gifts to youngsters. The 3 shown greeted his arrival and the opening of their gifts with mixed emotions. Like kids the world over, some got what they wanted and shouted their joy; others, well, they had a time hiding just a little disappointment. The sky-Santa was Lieutenant John Konop of Astoria, Long Island and he succeeded in his mission of breaking through the fog of blockade misery.