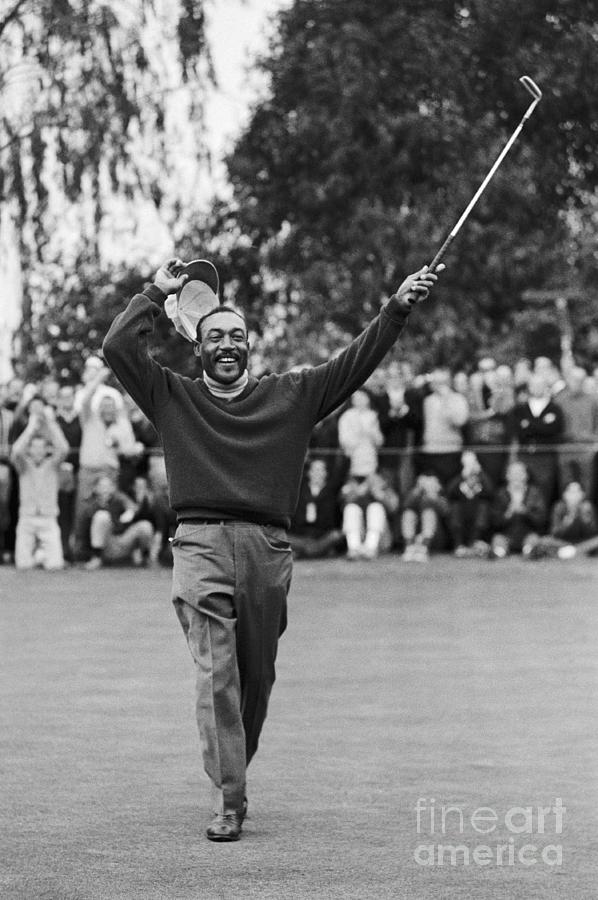 (Original Caption) Charles Sifford of Los Angeles raises his putter jubilantly in the air after defeating South Africa's Harold Henning in a sudden death playoff during the Los Angeles Open 1/12. Sifford birdied the first hole of the sudden death to beat Henning. Both were tied at 8-under going into the playoff.