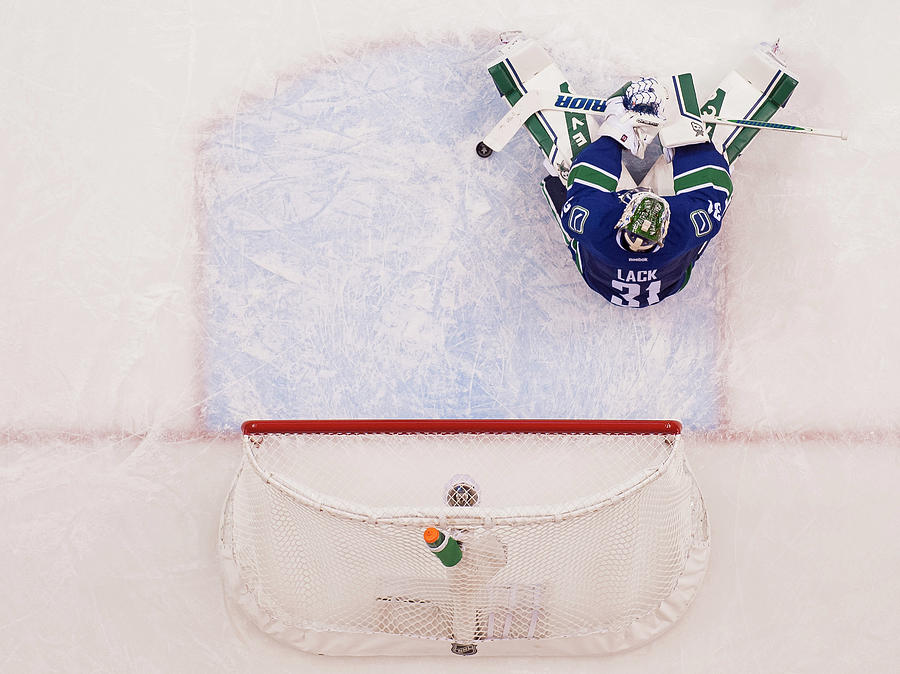 VANCOUVER, BC - APRIL 15: Goalie Eddie Lack #31 of the Vancouver Canucks sits dejectedly on the ice after Kris Russell #4 of the Calgary Flames (not pictured ) scored what proved to be the game winning goal in Game One of the Western Conference Quarterfinals during the 2015 NHL Stanley Cup Playoffs at Rogers Arena on April, 15, 2015 in Vancouver, British Columbia, Canada. The Flames defeated the Canucks 2-1. (Photo by Rich Lam/Getty Images)