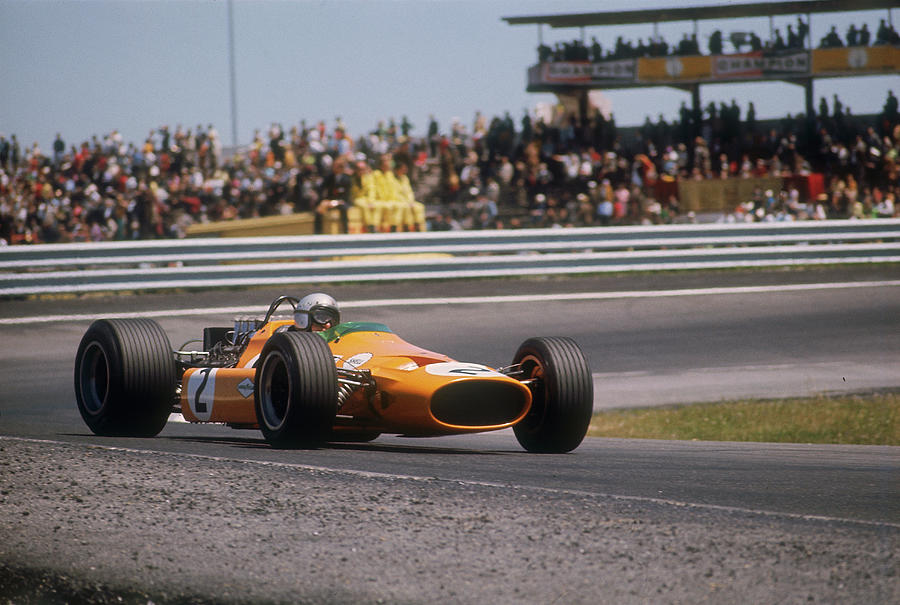 Bruce McLaren's McLaren-Ford, Spanish Grand Prix, Jarama, Madrid, 1968. McLaren retired with mechanical trouble after 77 laps of the race. New Zealander McLaren won 4 Grands Prix in a 13-season Formula 1 career, finishing second in the World Drivers' Championship in 1960. In 1966 he set up his own team bearing his name which went on to become one of the most successful constructors in the history of the sport. Unfortunately Bruce McLaren did not live to see the success of the organisation, as he was killed at Goodwood in 1970 while testing the McLaren M8D-Chevrolet Can-Am sports car. (Photo by National Motor Museum/Heritage Images/Getty Images)