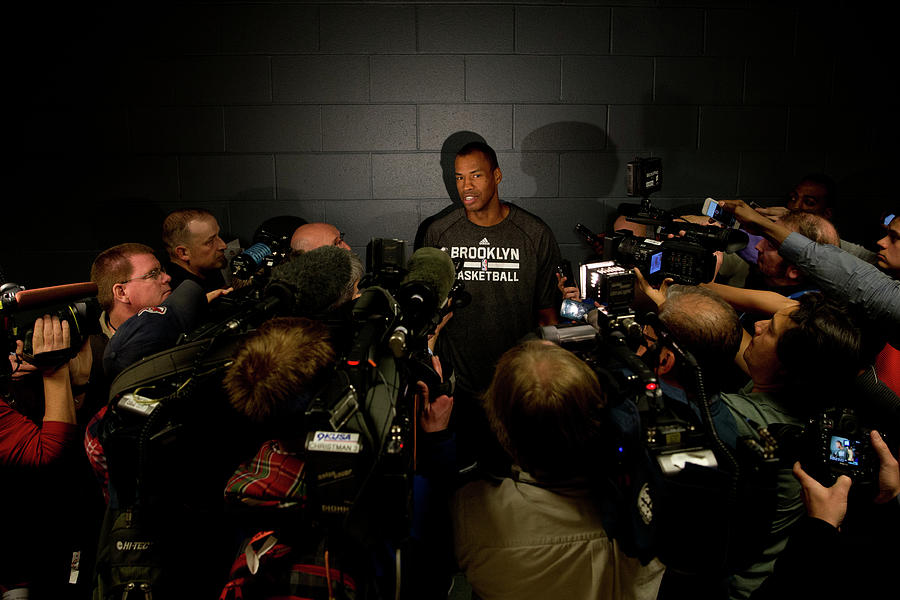 DENVER, CO - FEBRUARY 27: Jason Collins #98 of the Brooklyn Nets speaks with the media prior to a game against the Denver Nuggets at Pepsi Center on February 27, 2014 in Denver, Colorado. Collins is the first openly gay athlete to play in one of the four major sports in the United States. Collins will wear #98 in honor of Matthew Sheppard who was killed as part of a hate crime in 1998 near Laramie, Wyoming. Shepard's parents are expected to be in the crowd tonight. NOTE TO USER: User expressly acknowledges and agrees that, by downloading and or using this photograph, User is consenting to the terms and conditions of the Getty Images License Agreement. (Photo by Justin Edmonds/Getty Images)