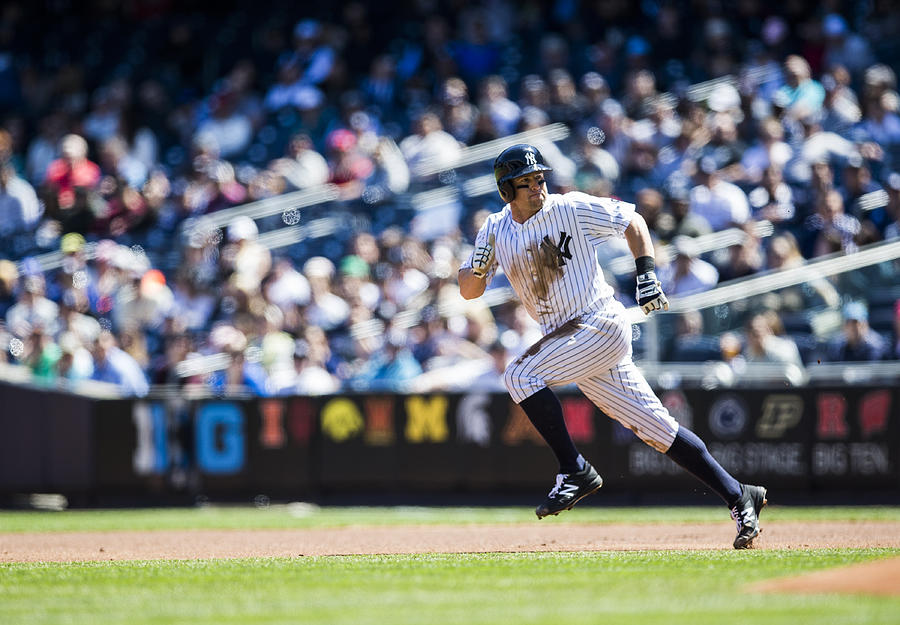 NEW YORK, NY - APRIL 16: Brett Gardner #11 of the New York Yankees runs the bases during the game against the Seattle Mariners at Yankee Stadium on April 16, 2016 in the Bronx borough of New York City. (Photo by Rob Tringali/SportsChrome/Getty Images)