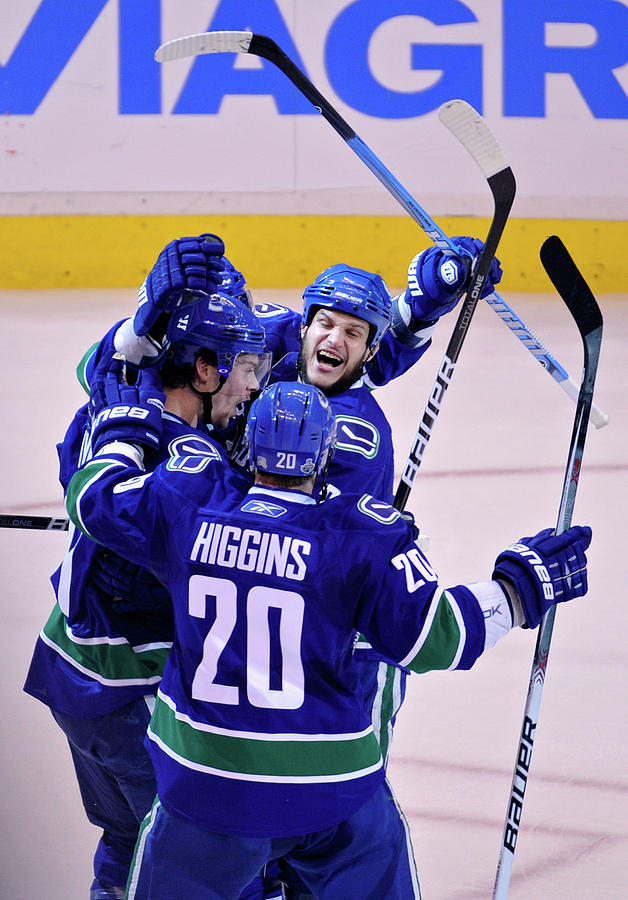 VANCOUVER, BC - JUNE 04: Alex Burrows (L) #14 of the Vancouver Canucks celebrates with his teammate after scoring a goal against Tim Thomas #30 of the Boston Bruins in the middle of the first period during Game Two of the 2011 NHL Stanley Cup Final at Rogers Arena on June 4, 2011 in Vancouver, British Columbia, Canada. (Photo by Rich Lam/Getty Images)