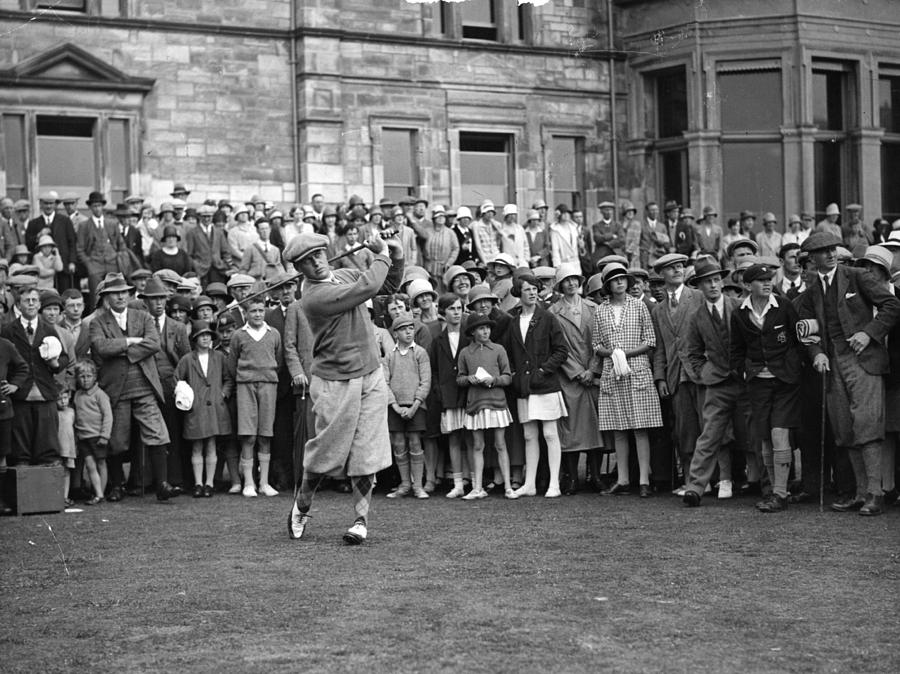 American golfer Bobby Jones drives off from the first tee during a practice game on the Old Course at St Andrews, where the British Open Golf Championship will shortly take place. Jones won the British Open three times (1926, 1927, 1930) and the US Open four times (1923, 1926, 1929, 1930). The Royal and Ancient golf club at St Andrews was founded in 1754 and recognised as the Governing Authority on the rules of the game in 1897. There are now more than 100 countries and associations affiliated to the famous club. (Photo by Topical Press Agency/Getty Images)