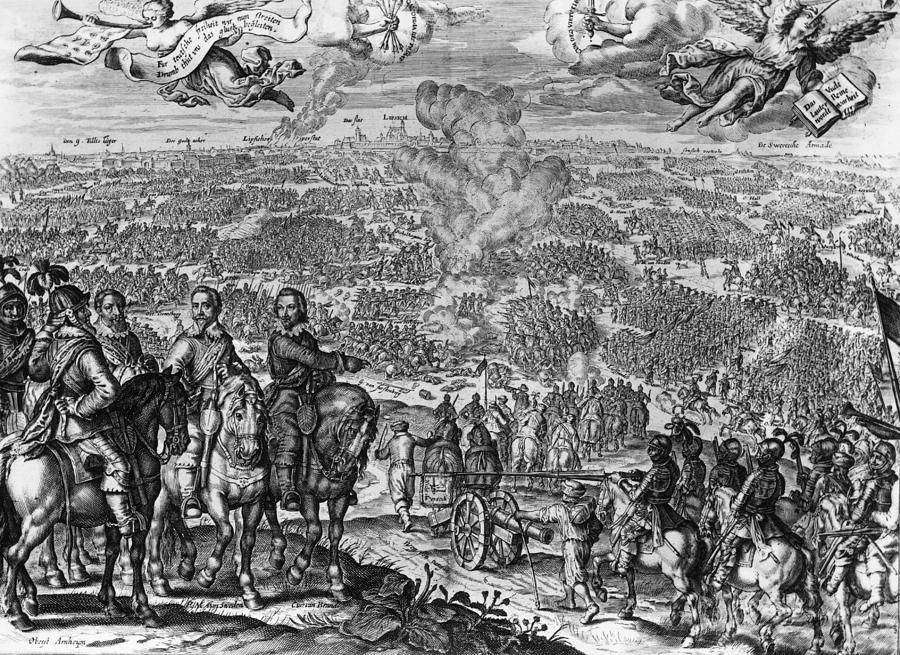 The First Battle of Breitenfeld, one of the battles fought during the Thirty Years' War (1618 - 1648), fought 17th September 1631 near the village of Breitenfeld, Saxony, now a suburb of Leipzig, Germany. An allied Protestant army of Swedes and Saxons commanded by Gustav II Adolph, King of Sweden, took on the Roman Catholic army. (Photo by Rischgitz/Getty Images)