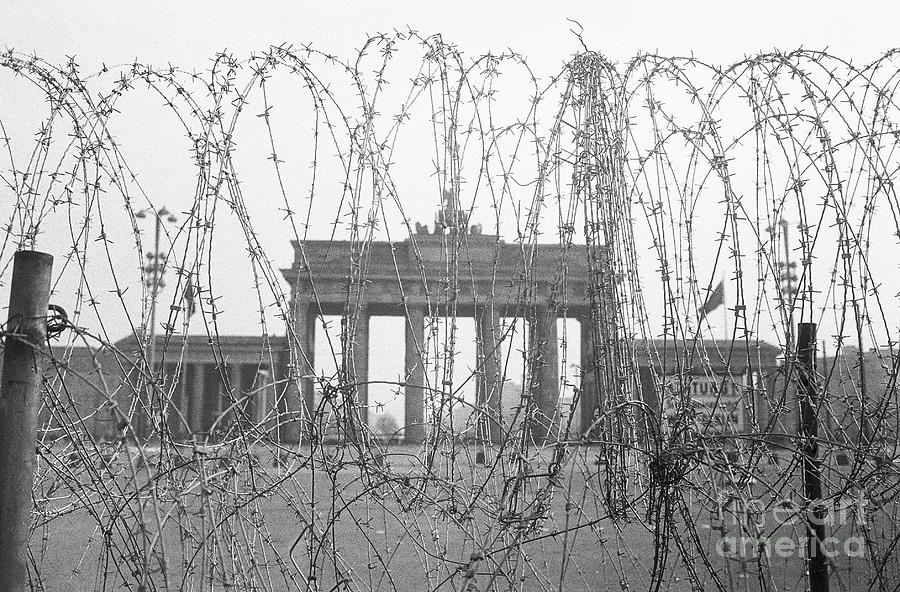 (Original Caption) 11/6/1961-West Berlin, West Germany- Wired shut, the Brandenburg Gate on the dividing line between East and West Berlin looms beyond this barbed wire entanglement which, surprisingly, is on the Western side. It was built up on orders of Berlin's British military command, which described the barrier as just a "normal safety precaution." East Berlin authorities have closed off the other side of the gate for weeks.