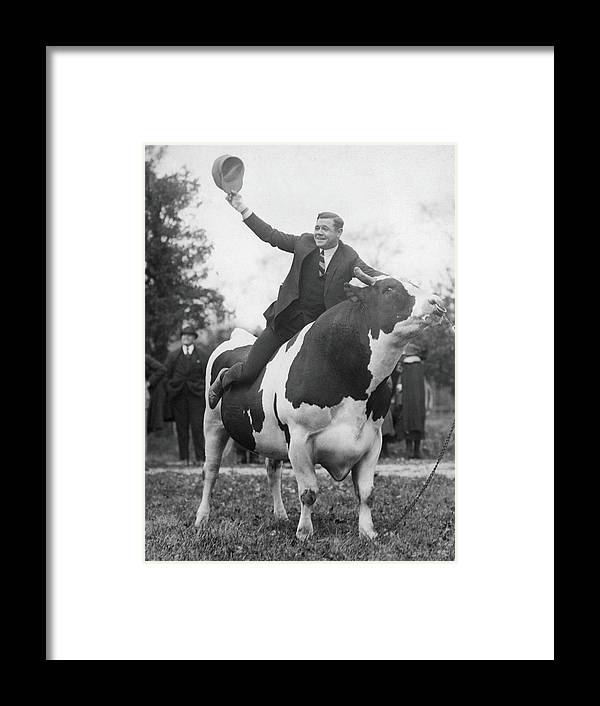 Babe Ruth Astride King Jess framed print by Fpg.   Bring your print to life with hundreds of different frame and mat combinations. Our framed prints are assembled, packaged, and shipped by our expert framing staff and delivered "ready to hang" with pre-attached hanging wire, mounting hooks, and nails.

American baseball player Babe Ruth (1895 - 1948) (born George Herman Ruth Jr) waves his cap while astride 'King Jess,' a Holstein bull, on an estate in Harrington Park, New Jersey, November 9, 1922. Ruth was one of the public figures invited to an estate owned lawyer John M. Kelley to witness a wager between Kelley and circus rider May Wirth that she ride his famously ill-tempered beast; Wirth suceeded, as did Ruth, one only a few of the other celebrites induced to attempt the feat. (Photo by FPG/Getty Images)Image provided by Getty Images.