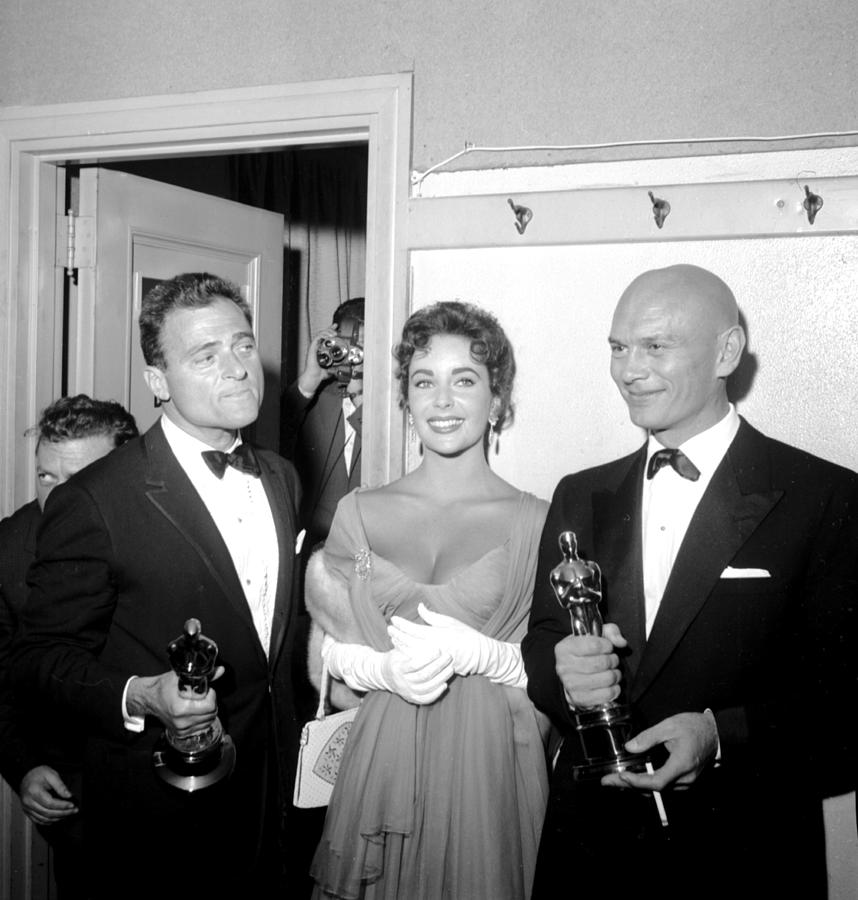 LOS ANGELES - MARCH 27: Actress Elizabeth Taylor poses for a portrait at the 29th Academy Awards ceremony which was held at the RKO Pantages Theatre with her third husband producer Mike Todd (left), who holds the Oscar he won for best picture for his film 'Around The World In 80 Days', and actor Yul Brynner (right) who hold the Oscar which he won for best actor for his role in the movie 'The King And I' on March 27, 1957 in Los Angeles, California. (Photo by Michael Ochs Archives/Getty Images)