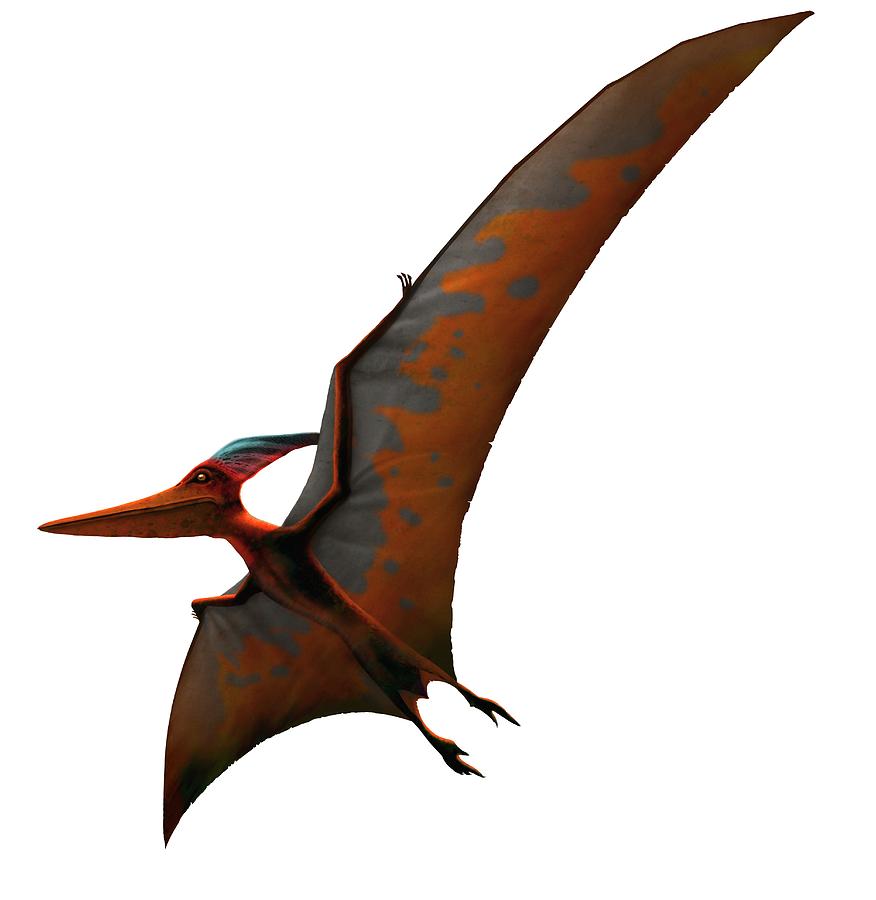 Pteranodon (meaning 'winged and toothless') was one of the largest known pterosaurs, or flying reptiles, with a wing span of more than 6 metres (20 ft). It lived in North America at the end of the Cretaceous period, but vanished along with all other pterosaurs, the dinosaurs and other animals some 65 million years ago. Two species of Pteranodon are recognised, differentiated only in the shape of the crest on the skull. The crest of P. sternbergi, shown here, was more upright compared to that of the other species, P. longiceps. Both species were carnivorous, probably feeding mostly on fish.