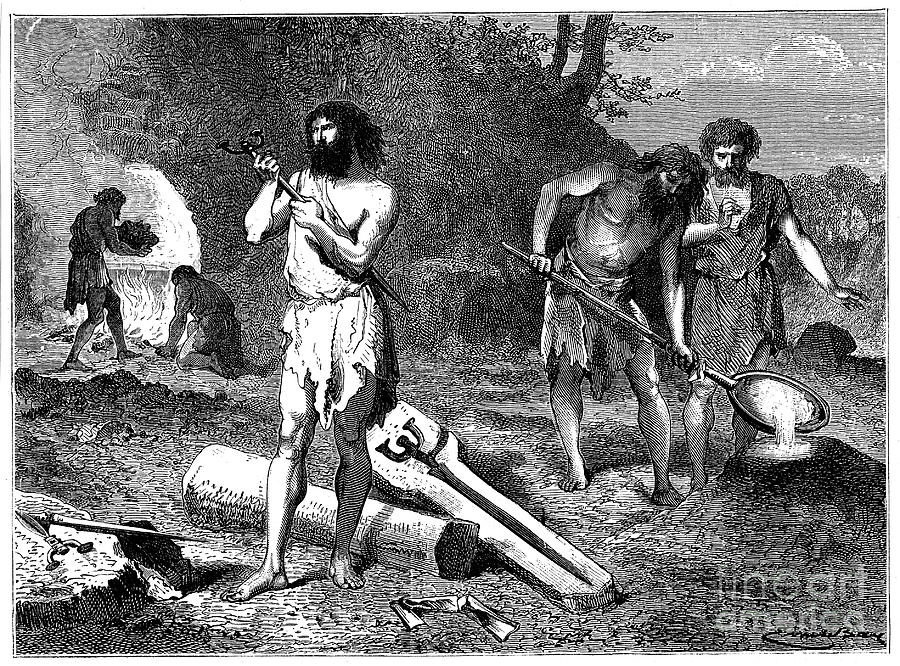 Artist's reconstruction of casting weapons in the Iron Age, 1889. In the left background metal is being heated in a furnace, while at the right molten metal is being poured into a mould. In the centre the mould is opened and the cast object removed. The Iron Age in Britain lasted from around 700 BC until 43 AD and the arrival of the Romans. It was characterised by an influx of people from the continent, who brought their knowledge of iron technology with them. (Photo by Ann Ronan Pictures/Print Collector/Getty Images)