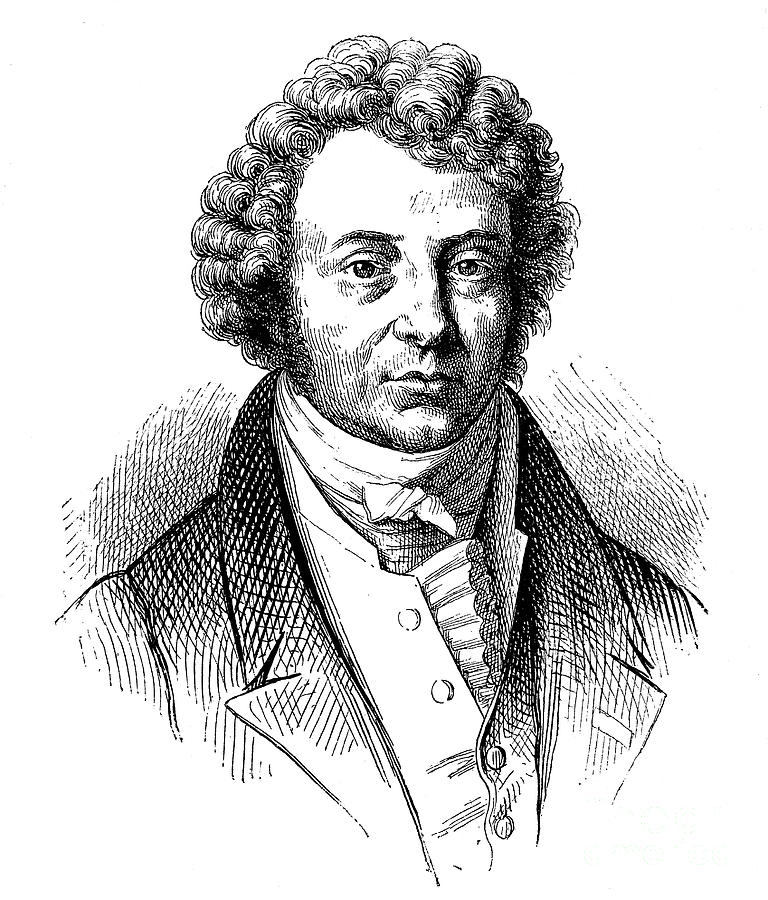 Andre-Marie Ampere (1775-1836), French mathematician and physicist, 19th century. Ampere established the laws and principles which related magnetism and electricity to each other. He was appointed Professor of Physics and Chemistry at Bourg in 1801 and Professor of Mathematics in the Ecole Polytechnique in Paris in 1809. He was celebrated for his contributions to electrodynamics. In 1881, the 'ampere' became the name for the unit of electrical current, replacing the 'weber'. (Photo by Ann Ronan Pictures/Print Collector/Getty Images)