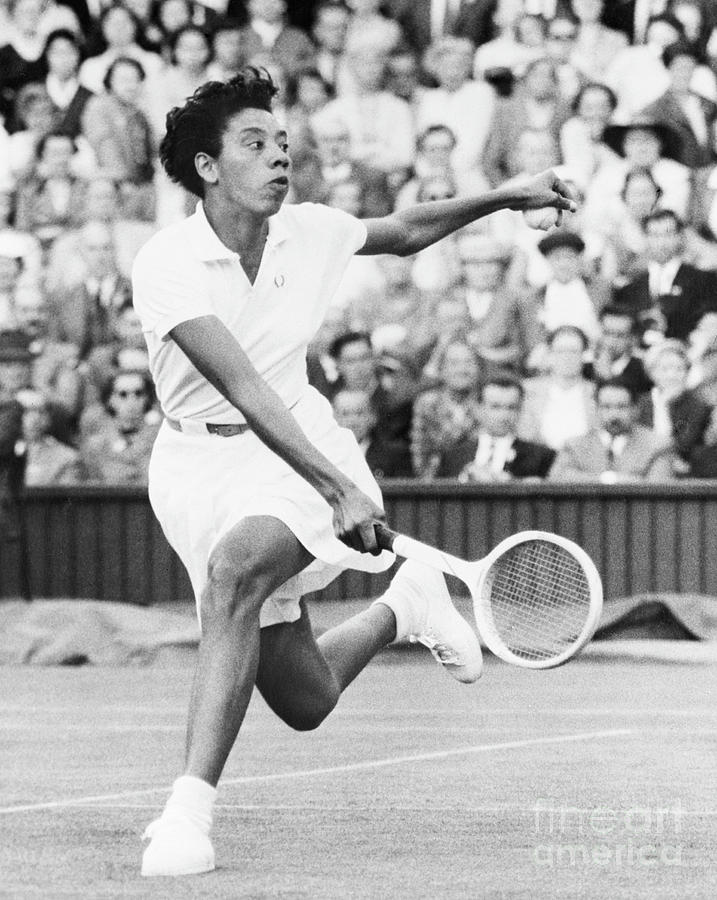 (Original Caption) 6/27/1957-London, England- Althea Gibson, in action at Wimbledon, is shown is some fancy hand and foot action during play against Mrs. Z. Kormoczy of Hungary in the second day round of Tennis Championships at Wimbledon. Miss Gibson won in two straight sets in this first round of the ladies singles.