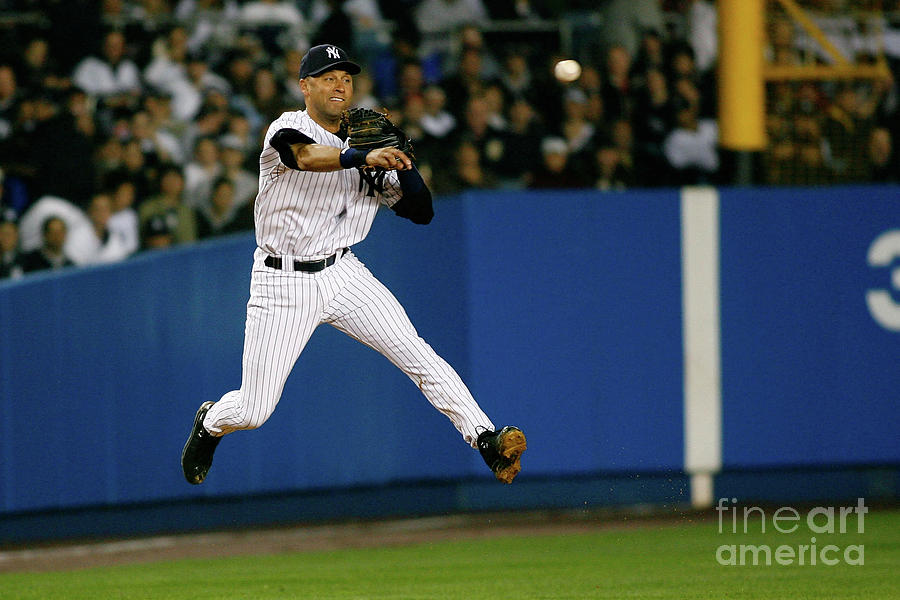 NEW YORK - APRIL 01: Derek Jeter #2 of the New York Yankees makes the throw to second for the out to end the third inning after fielding the hit by Alex Rios #15 of the Toronto Blue Jays during Opening Day at Yankee Stadium April 1, 2008 in the Bronx borough of New York City. (Photo by Jeff Zelevansky/Getty Images)