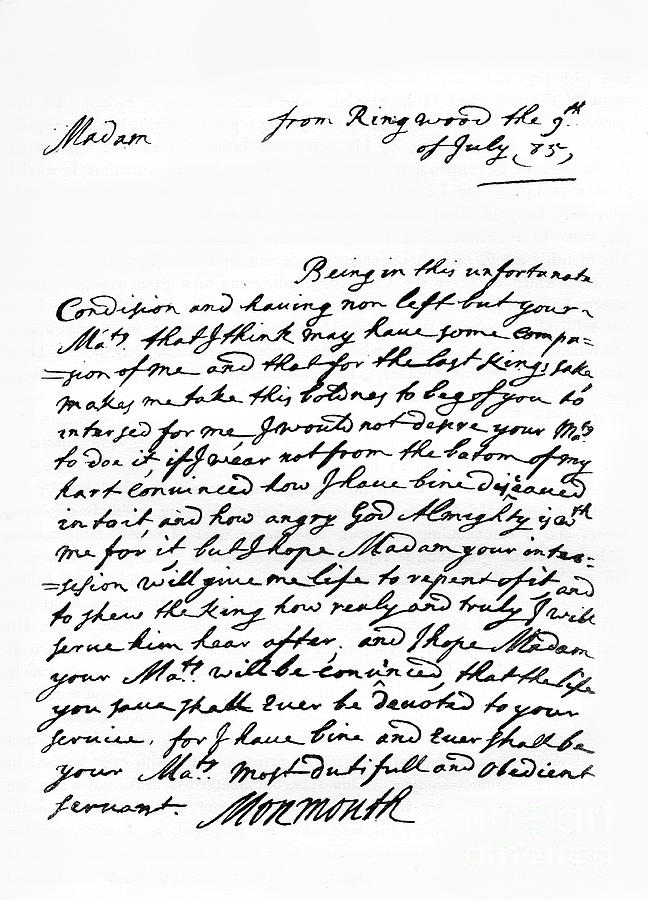 A letter written by James Crofts, 1st Duke of Monmouth, begging for his life, July 1685. Letter from James, Duke of Monmouth (1649-1685), Pretender to throne of Scotland and England, to Mary of Modena, queen consort of James II. Monmouth, the illegitimate son of Charles II and Lucy Walter launched a rebellion in 1685. Claiming to be Charles' rightful heir, he attempted to overthrow the Roman Catholic King James II. His revolt ended in defeat at the Battle of Sedgmoor, Somerset, on 6 July 1685 and Monmouth was subsequently beheaded on Tower Hill. (Photo by The Print Collector/Print Collector/Getty Images)