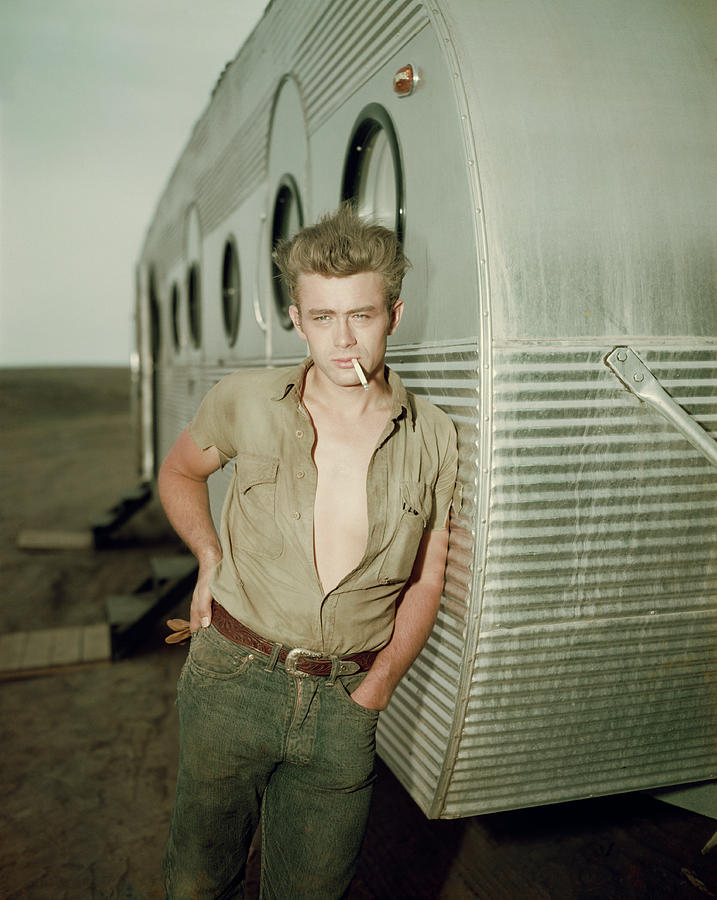 circa 1955: American actor James Dean (1931 - 1955) leaning against a dressing room trailer with his shirt open to the waist while smoking a cigarette on the set of director George Stevens's film, 'Giant,' in which he starred. (Photo by Hulton Archive/Getty Images)