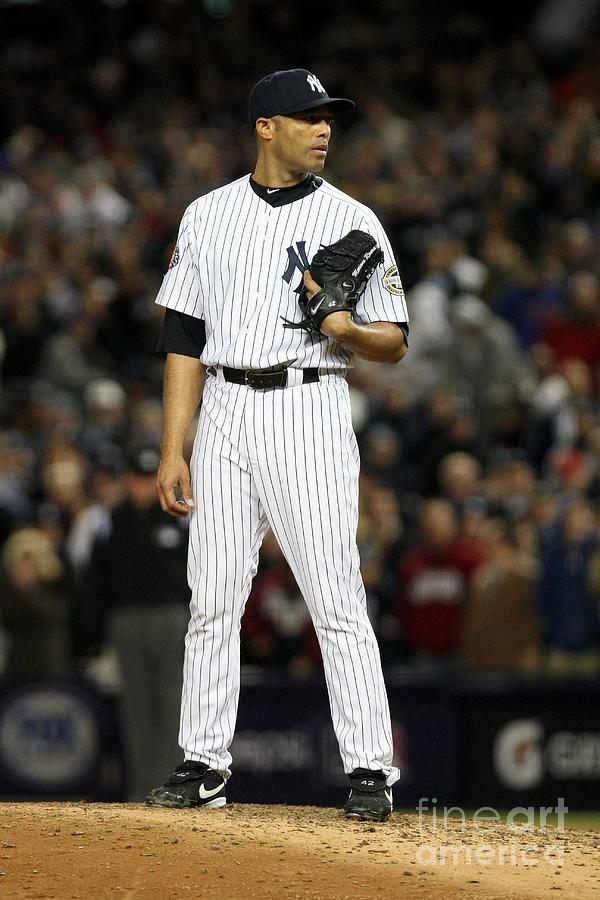 NEW YORK - NOVEMBER 04: Mariano Rivera #42 of the New York Yankees gets set to throw a pitch against the Philadelphia Phillies in Game Six of the 2009 MLB World Series at Yankee Stadium on November 4, 2009 in the Bronx borough of New York City. The Yankees won 7-3 to win the series 4 games to 2. (Photo by Nick Laham/Getty Images)