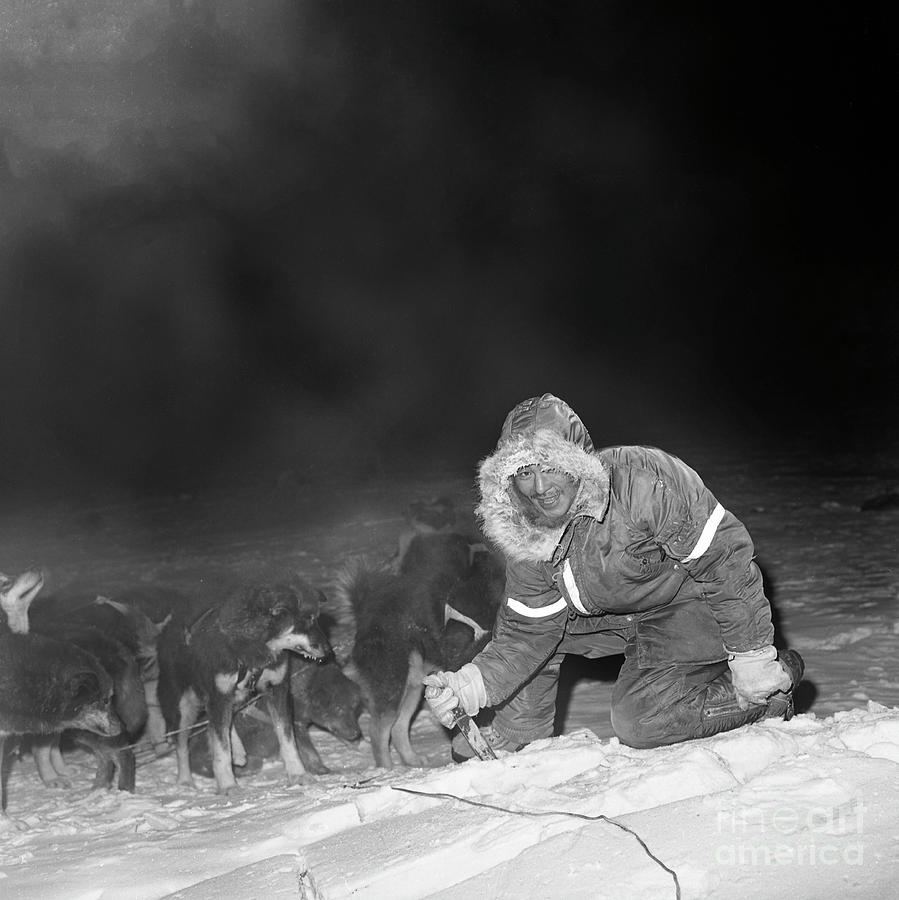 Eskimo dog teams returning from the scene of a B-52 crash are bedded down for the night on the frozen surface of a bay. Officials of the Strategic Air Command announced that parts of all four hydrogen bombs lost in the crash of the bomber off Greenland had been found. The officials said that the bombs had broken into fragments when the plane crashed.(Photo by Bettmann Archive/Getty Images)