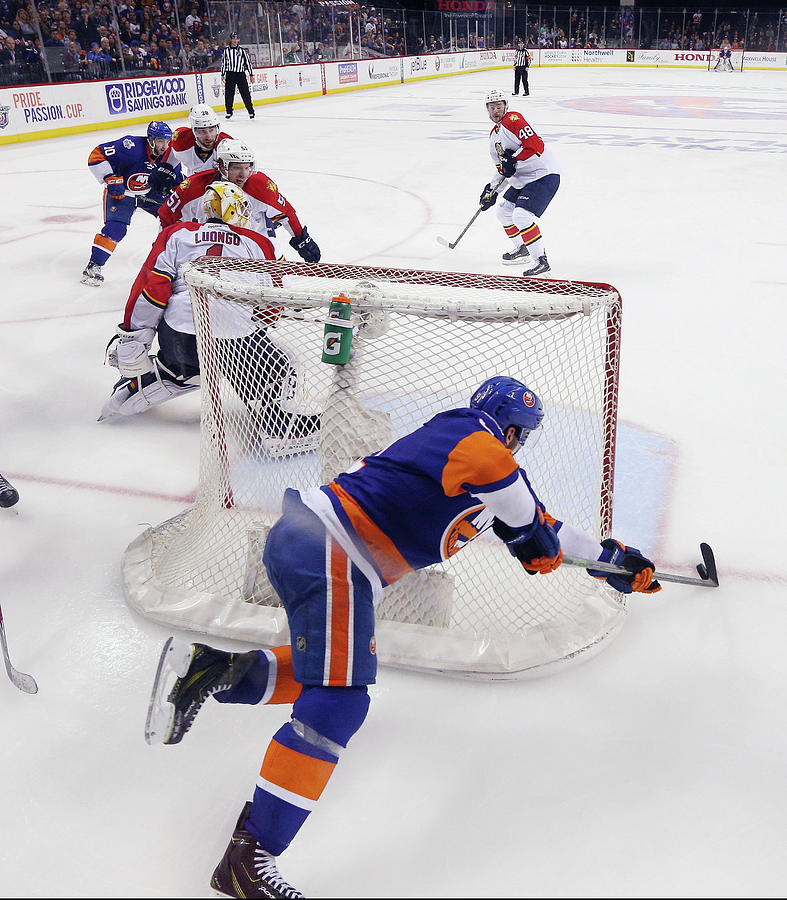 NEW YORK, NY - APRIL 24: John Tavares #91 of the New York Islanders scores the game winning goal at 10:41 of the second overtime against Roberto Luongo #1 of the Flrorida Panthers in Game Six of the Eastern Conference First Round during the 2016 NHL Stanley Cup Playoffs at the Barclays Center on April 24, 2016 in the Brooklyn borough of New York City. The Islanders won the game 2-1 in double overtime to win the series four games to two. (Photo by Bruce Bennett/Getty Images)