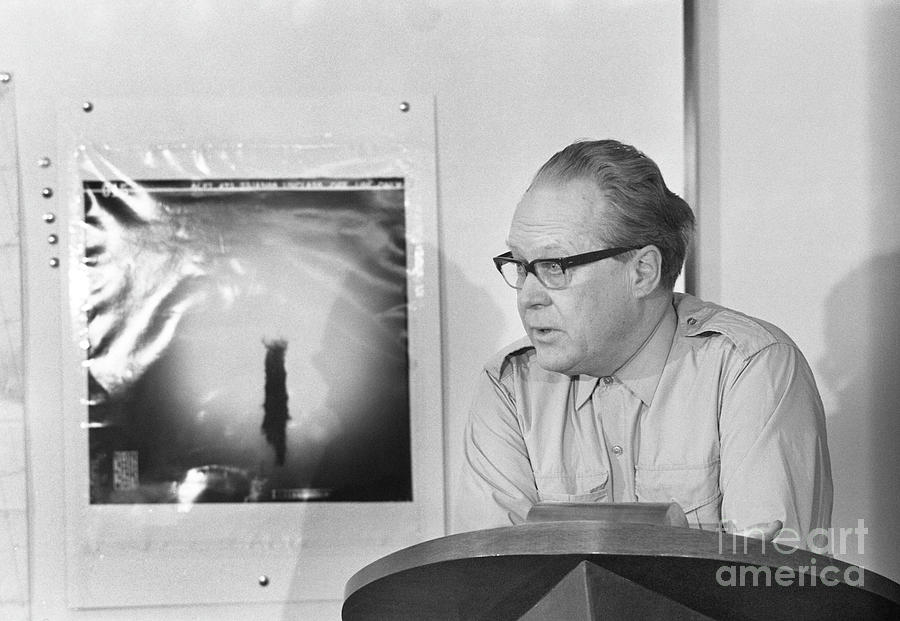 Jorgen Koch, professor of Health Organization, Copenhagen, Denmark, explains an aerial photo of the site where a B-52 bomber crashed off of Greenland. Officials of the Strategic Air Command announced that parts of all four hydrogen bombs lost in the crash have been found.
The officials explained that the bombs had broken into fragments when the plane crashed into the ice of North Star Bay, 7 1/2 miles northwest of this base.(Photo by Bettmann Archive/Getty Images)