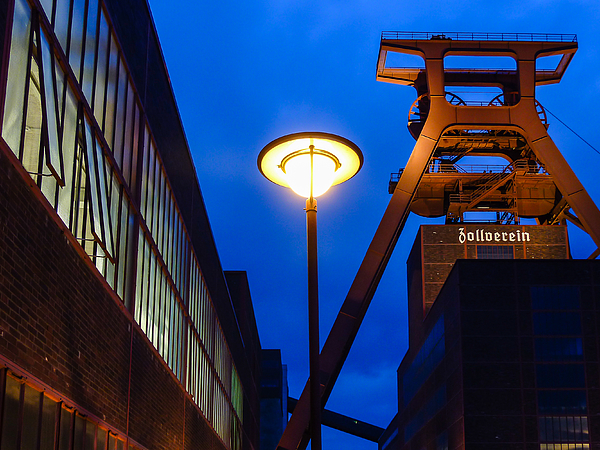 [UNVERIFIED CONTENT] The Zollverein Coal Mine Industrial Complex (German : Zeche Zollverein) is a large former industrial site in the city of Essen, North Rhine-Westphalia, Germany. It has been inscribed into the UNESCO list of World Heritage Sites since 2001 and is one of the anchor points of the European Route of Industrial Heritage.
After it had been closed down in 1993, the coking plant was planned to be sold to China. The negotiations failed and it was subsequently threatened to be demolished. However, another project of the state of NRW set the coal mine on a list of future exhibition sites resulting in first gentle modifications and the cokery also became an official memorial in 2000.
In 2001, the UNESCO declared both the sites of the shafts 12 and 1/2 and the cokery a World Heritage Site.

The first coal mine on the premises was founded in 1847, mining activities took place from 1851 until 1986. For decades starting in the late 1950s, the two parts of the site, Zollverein Coal Mine and Zollverein Coking Plant ranked among the largest of their kinds in Europe. Shaft 12, built in Bauhaus style, was opened in 1932 and is considered an architectural and technical masterpiece, earning it a reputation as the "most beautiful coal mine in the World".