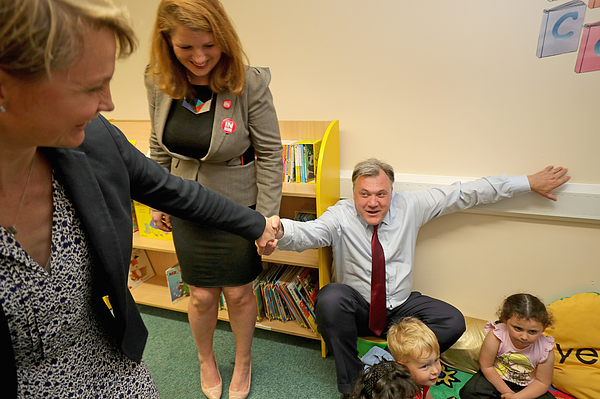 BLACKBURN, UNITED KINGDOM - JUNE 14: Alison McGovern MP looks on as Yvette Cooper MP gives a helping hand to her husband and former shadow chancellor Ed Balls, as he gets up from a story time session, during a Vote Remain canvassing visit to Shadsworth Children's Centre on June 14, 2016 in Blackburn, United Kingdom. Ed Balls has said that he is backing the Remain Campaign but has called for tougher immigration laws. The United Kingdom will hold a referendum to decide whether or not to remain part of the EU on June 23rd. (Photo by Christopher Furlong/Getty Images)