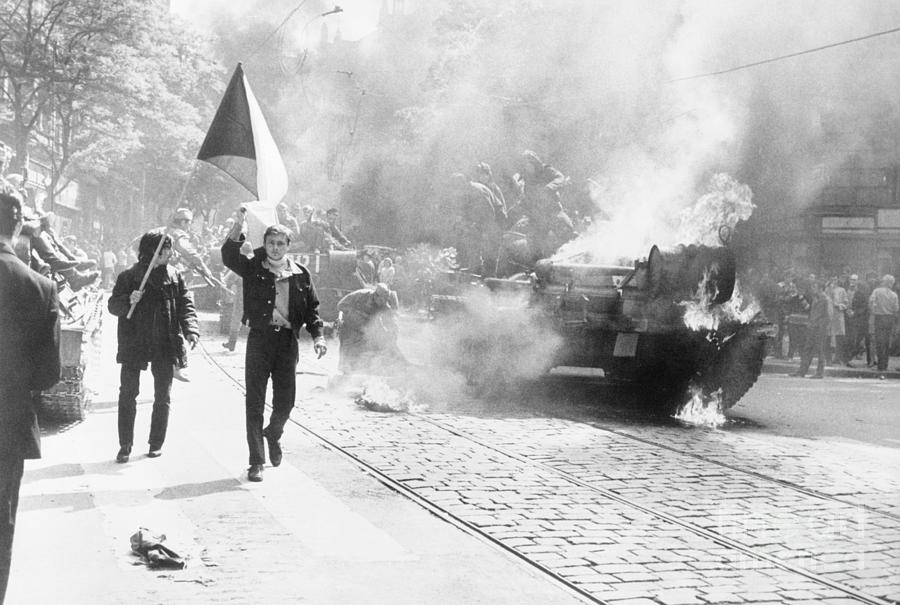 (Original Caption) Prague: Czechoslovaks, who began the year 1968 in an intoxicating mood of idealism and optimism rare in a Communist nation, are ending it in a black mood of despair inflicted by the "realities" of life under the Kremlin's shadow. Here, defiant young Czechs carry nation's flag past burning soviet tank outside Radio Prague Aug. 21st., shortly after a Russian-led Warsaw pact force invaded the ountry. 12/21/1968