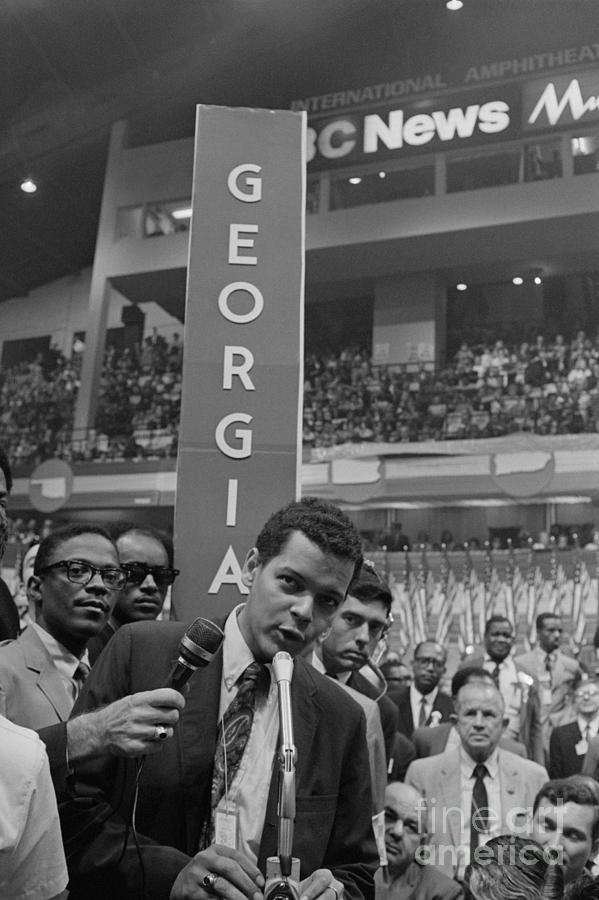 (Original Caption) 8/29/1968-Chicago, IL: Georgia delegate Julian Bond is at the microphone on the floor of the Convention Hall, after his name was placed in nomination for the Vice Presidential nomination. Bond declined the nomination because he is too young at 28. The Constitution requires the Vice President to be at least 35 years old.