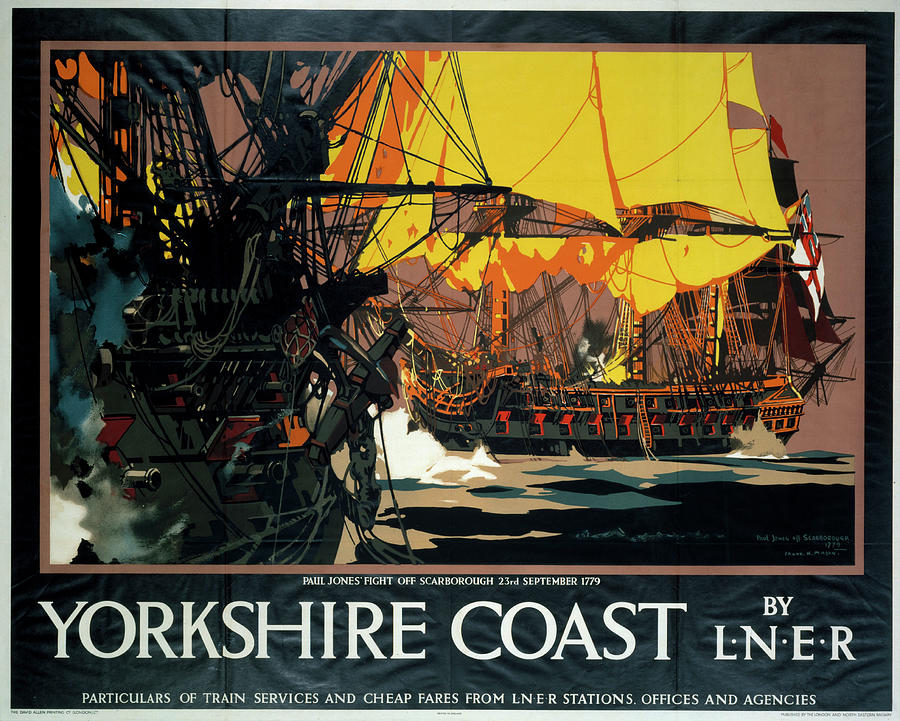 UNITED KINGDOM - MARCH 09: Poster produced by London & North Eastern Railway (LNER) to promote train services to the Yorkshire coast. The poster shows an illustration of Paul Jones' Fight off Scarborough on 23 September 1779. Artwork by Frank Mason (1876-1965), who was educated at HMS Conway and spent time at sea. He painted marine and coastal subjects. In addition to designing railway posters, he was also involved in engineering and shipbuilding in Leeds and Hartlepool. (Photo by SSPL/Getty Images)