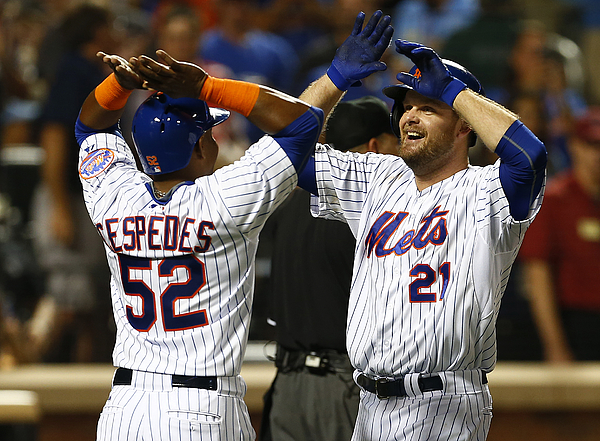 NEW YORK, NY - AUGUST 2: Lucas Duda #21 of the New York Mets is congratulated by Yoenis Cespedes #52 after both scored on Duda's two run home run during the third inning against the Washington Nationals on August 2, 2015 at Citi Field in the Flushing neighborhood of the Queens borough of New York City. (Photo by Rich Schultz/Getty Images)