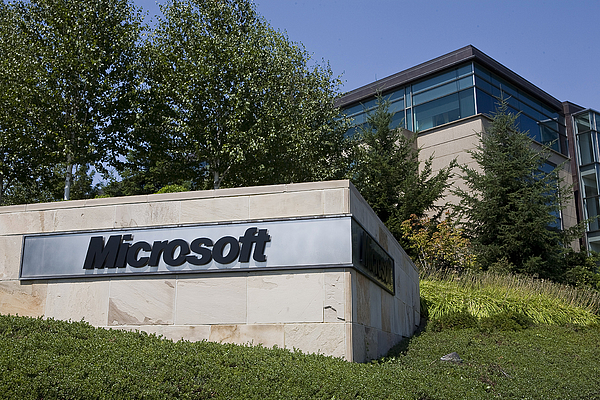 REDMOND, WA - JULY 29: The Microsoft name is displayed on a sign outside a building on the company's campus July 29, 2009 in Redmond, Washington. Microsoft and Yahoo! have announced a 10-year internet search partnership in an attempt to take away users from search giant Google. (Photo by Stephen Brashear/Getty Images)